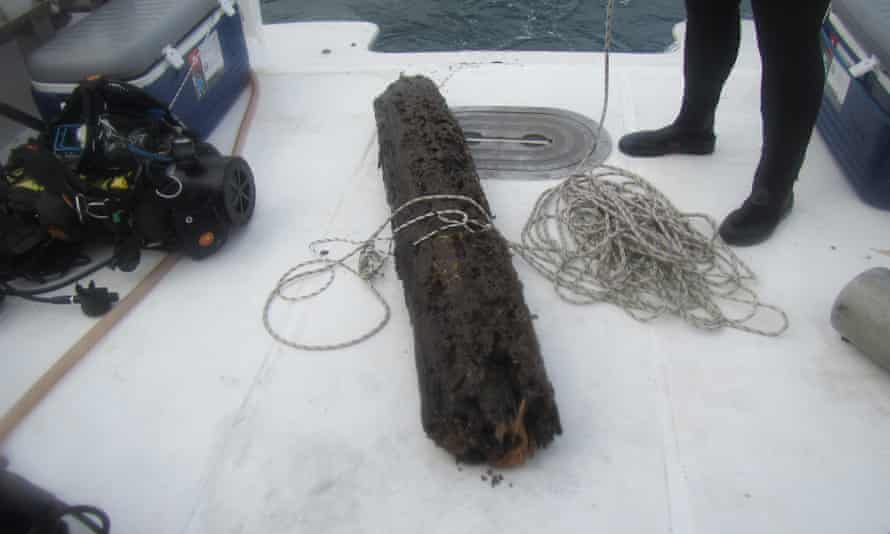 When divers jump into a particular stretch of water off the coast of Alabama, they travel back to a time before humans arrived in North America.

Submerged below the waters are the remains of a cypress tree forest that grew 60,000 years ago, but was inundated by the Gulf of Mexico and preserved from decomposition beneath sediment. Nothing like Alabama’s underwater forest, in terms of age or scale, has ever been found.

Now efforts are under way to protect the expanse of tree stumps from exploitation by designating the site a marine sanctuary – some firms have sought to salvage the wood for commercial use – and to see if the underwater forest harbors new compounds for medicine.

It took giant waves driven by Hurricane Ivan in 2004 to exhume the forest from its seafloor grave. In 2012, environmental journalist Ben Raines went in search of the arboreal seascape after he was tipped off by a savvy source in the local diving community.

One of Raines’s articles about “swimming with dinosaurs” caught the attention of Kristine DeLong, a paleoclimatologist at Louisiana State University (and an avid scuba diver herself). She immediately called asking if she could carbon date some samples from the site.