Gulf of Mexico
Spring breakers, vacationers and locals enjoyed the warmest air temperatures of the season so far at Gulf Shores Public Beach in Gulf Shores on Saturday, March 24, 2018. 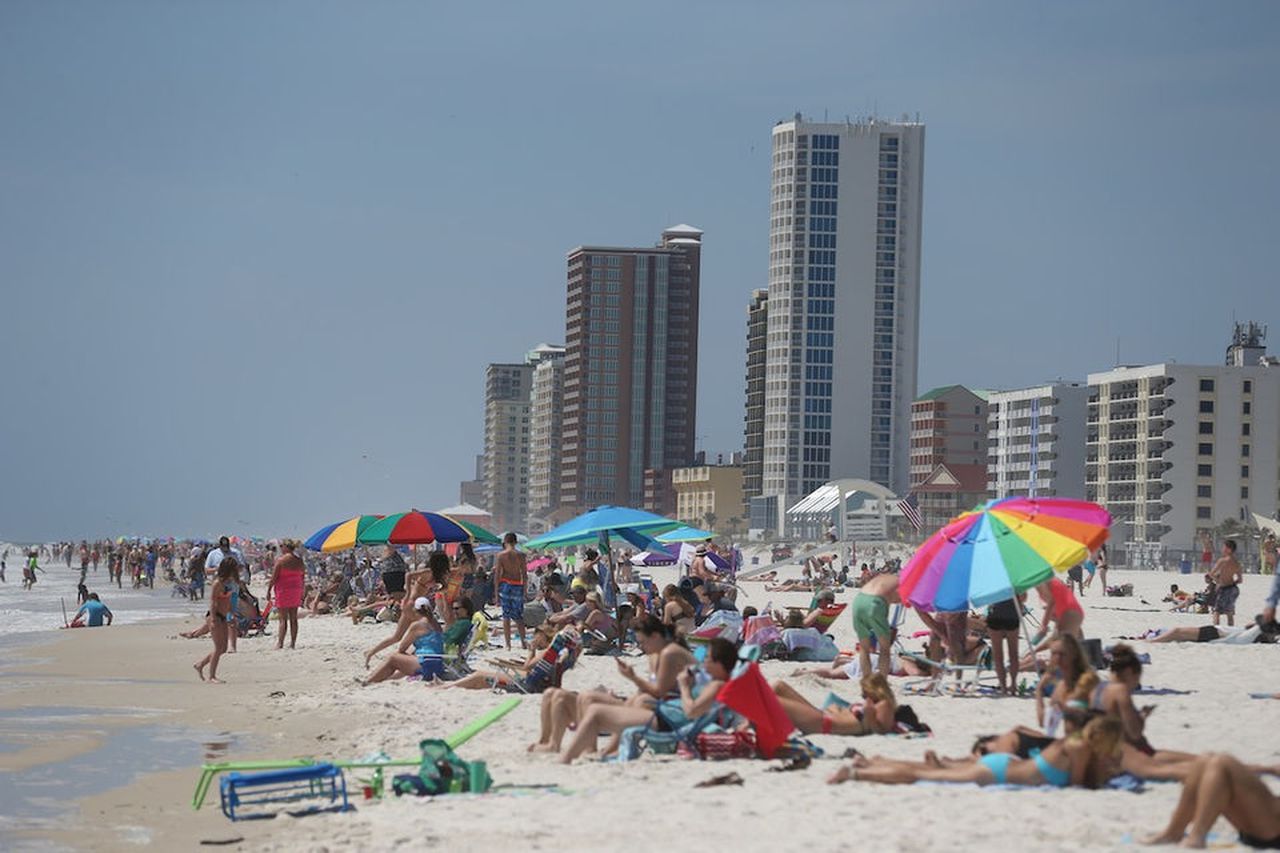 AL - No booze, no worries: For sixth year, Spring Break to be booze free on Gulf Shores beaches

Six years ago on March 17, 2016, a spring breaker from Texas launched a football over large crowd of revelers and into the direction of police officers.

It landed on a police cruiser.

The student was all smiles. He gave high fives to those cheering him in a viral video that still exists in cyberspace.

He was later arrested.

The incident underscored the problems of that year’s spring break, in which large gatherings of college-aged students on the beaches prompted the city of Gulf Shores to call an emergency meeting and institute a sweeping ban of alcoholic beverages on the city’s beaches during the duration of the break.

“I remember it to this day that we observed a giant rogue party out there,” said Grant Brown, director of recreation and cultural affairs with Gulf Shores. “We had five to six police officers trying to gain control. It was a dangerous situation for law enforcement and for the kids out there. It’s dangerous, in general, for beachgoers to be exposed to that. So what was the year there was an emergency council meeting called and this ordinance was passed.”