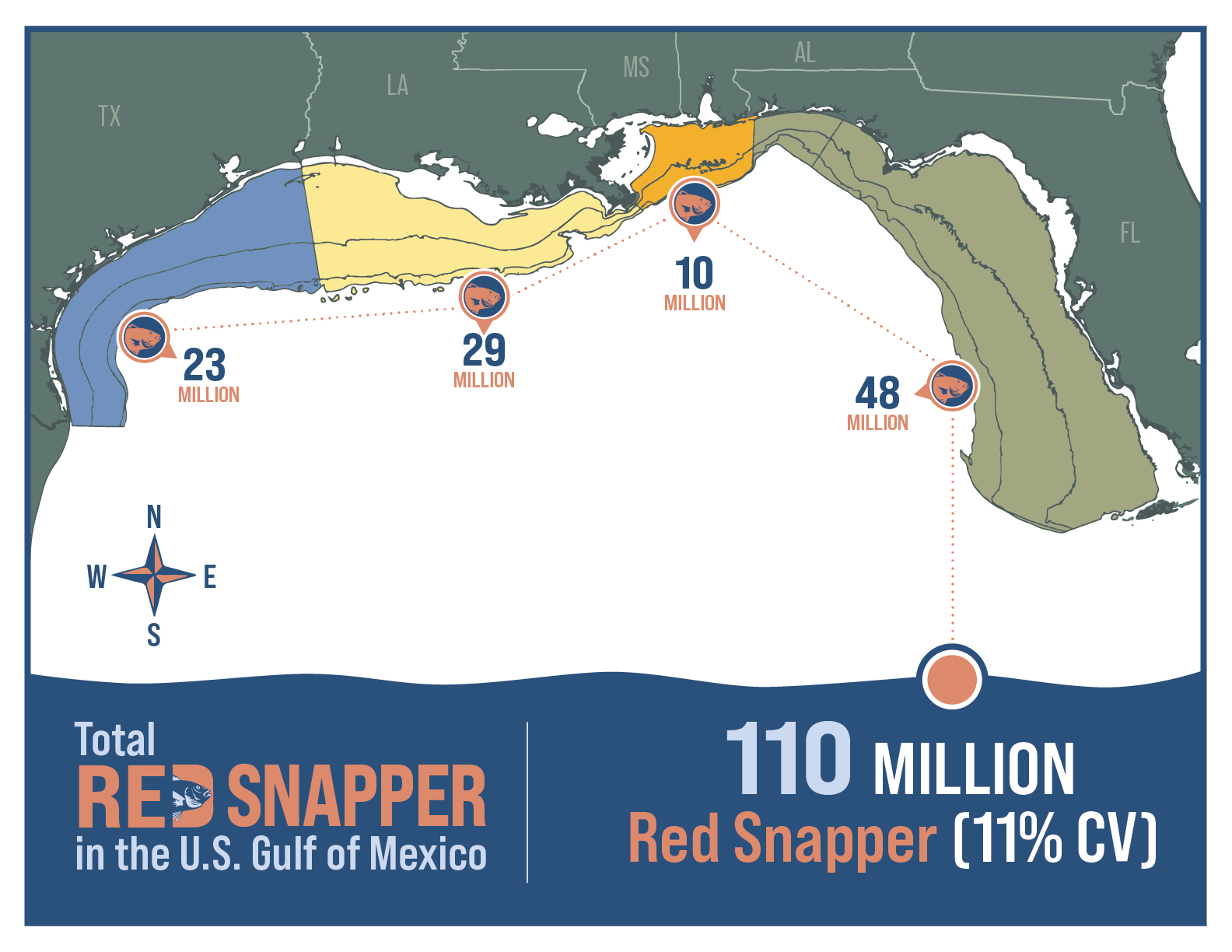 NEW ORLEANS (AP) — There are about three times as many red snapper as previously estimated in the Gulf of Mexico, according to a study released Wednesday about the popular game and table fish over which recreational anglers and federal regulators have fought for years.

By
The Associated Press via WKRG News 5
Section:
Fisheries
Region:
Gulf of Mexico

The $12 million Great Red Snapper Count estimated that the Gulf holds about 110 million adult red snapper — those at least 2 years old. A 2018 National Oceanic and Atmospheric Administration marine fisheries’ estimate was about 36 million.

Clay Porch, director of NOAA’s Southeast Fisheries Science Center Director in Miami, said peer reviewers will be going over the science for the Gulf of Mexico Fisheries Management Council, which is likely to consider revising quotas in April, Porch said Tuesday.

For various reasons, the quotas are unlikely to be tripled, he said.

The increased population estimate is almost entirely because federal scientists previously have relied on information from a fishery concentrated on natural and artificial reefs, while the new study also looks at the immense spaces in between, Porch said.

More than 60% of the red snapper were in areas that previously had not been checked, according to the study by 20 scientists from 14 universities and NOAA.

“Sand and mud makes up the vastness of the Gulf of Mexico,” but it is dotted with remnant oyster reefs, salt domes, holes scoured out by currents, shipwrecks, fallen shipping containers and other bottom features that would attract red snapper, lead researcher Greg Stunz of Texas A&M-Corpus Christi said Monday.