Gulf of Mexico
A rendering of the future Bayfront Park along the Mobile Bay in Coden, Ala. (rendering by Mott McDonald, supplied by the Mobile County Commission). 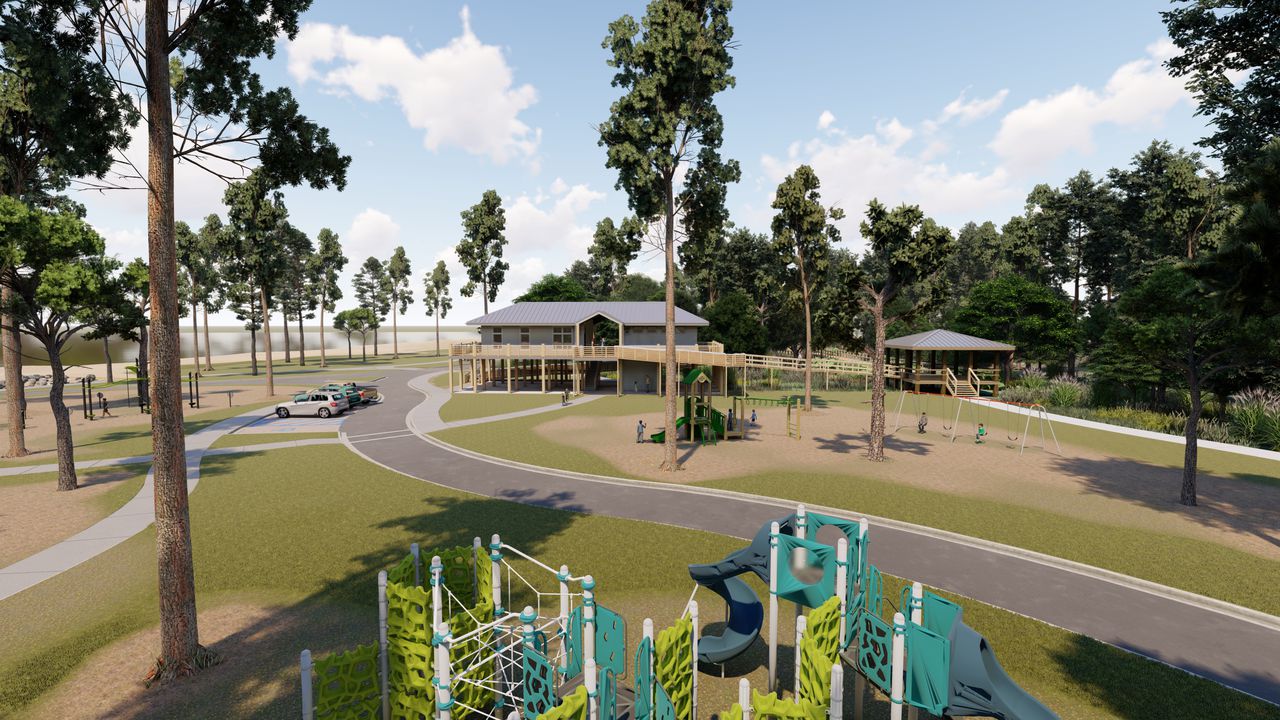 Sugar-white sand beaches. A breeze coming off waterfronts. Families flocking for surf, sun, and fun. For most in coastal Alabama, it sounds like picture-perfect day in Gulf Shores, Orange Beach, or Dauphin Island. But it’s also a future coveted along the western shorefront of Mobile Bay where public beaches are non-existent.

Two projects – Brookley by the Bay, south of downtown Mobile; and Bayfront Park, adjacent to Alabama State Route 193 near Coden – are in development and will, for the first time, provide a new beach experience in areas without one.

Of the two projects, a nearly $8.5 million reconstruction of Bayfront Park is the most advanced.

The little-known pocket park has been under county ownership since 1921, with few improvements. But thanks to an injection of funding through a portion of the 2016 BP oil spill settlement, a 10-acre beach and adjoining park is on track to be open sometime next year.

“We do have beaches at Dauphin Island, Gulf Shores, Orange Beach and Fairhope, and it’s important for communities to have access to the water,” said Chris Blankenship, the commissioner of the Alabama Department of Conservation and Natural Resources who has played an instrumental role in securing funding for the Bayfront Park project.

“In South Mobile County, Coden and the Fowl River area, this park will offer great access for the citizens to get out and enjoy the Bay and the outdoors,” Blankenship said. “It’s the same for Mobile. It’s a good (distance) from Gulf Shores and Orange Beach so with the waterfront at Brookley, to get projects like that … it’s what makes living along here on the coast so special.”

The county is not spending general fund money on Bayfront Park.

However, Mobile County Commissioners on Monday advanced the Bayfront Park project by endorsing an additional $3.9 million of money allocated through the Natural Resource Damage Assessment (NRDA) process. The money is in addition to $4.6 million in NRDA money that was originally allocated for the project in 2020.

The project was approved a few years ago by a group of trustees that include Blankenship who are charged with assessing and evaluating restoration projects to natural resources that suffered from losses because of the 2010 Deepwater Horizon disaster and subsequent oil spill.