Gulf of Mexico
This map, provided by The Nature Conservancy, gives a long view of the Perdido River watershed and the amount of land in conservation holdings. 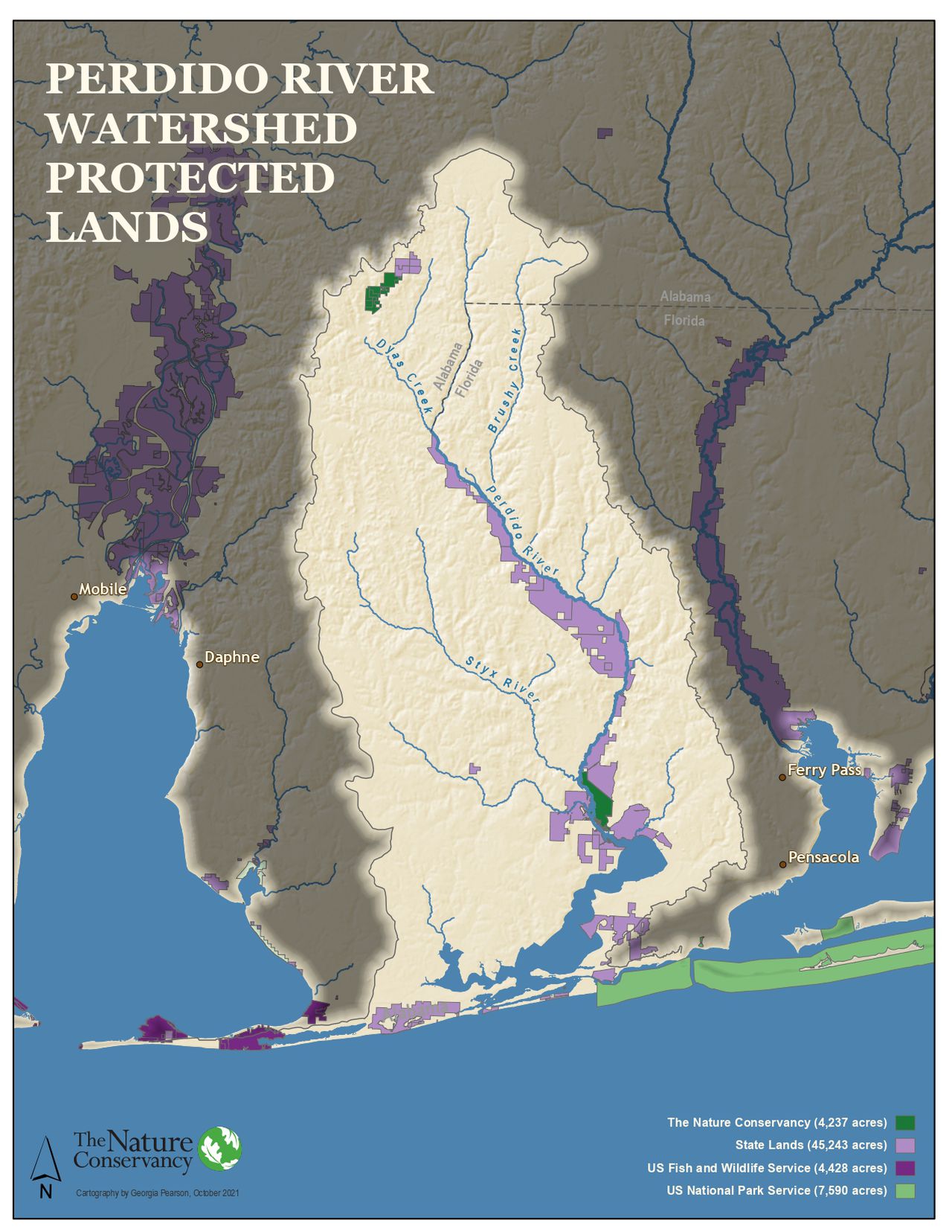 AL - ‘Lost’ and found: The saving of the Perdido River

Over the last 20 years, an incredible effort has quietly snowballed in coastal Alabama, to a point where something that seems like a modern impossibility has come remarkably close to being achieved: The conservation of an entire river watershed.

More impossible still: The preservation of a watershed tucked right in between two regions experiencing explosive growth that soon would have made its miles of undeveloped waterfront property an irresistible commodity. It’s a story where one environmental tragedy, the Deepwater Horizon disaster, facilitated the prevention of another. It’s a case where multiple government agencies at all levels, as well as nonprofits, worked together rather than feuding over border resources.

“You come from the upland pine geographies in the northern regions of the river, and it is completely rural,” said Ray Herndon of the Conservation Fund, a third-party organization that has been instrumental in buying land along the Perdido for transfer to Alabama state agencies. “You feel like you are in wilderness. And you come down the river and the habitat variation as you make your way down the river is recognizable and is significant. There are natural resource habitats that are still present there that have been lost in other parts of the coastal geography in the state of Alabama and other Gulf states.”

“You go up the Perdido and the shore of the river, the shore of the watershed, has not been developed,” said Mitch Reid, state director for The Nature Conservancy in Alabama. “But that encroaching pressure, you can almost feel it when you drive through there.”