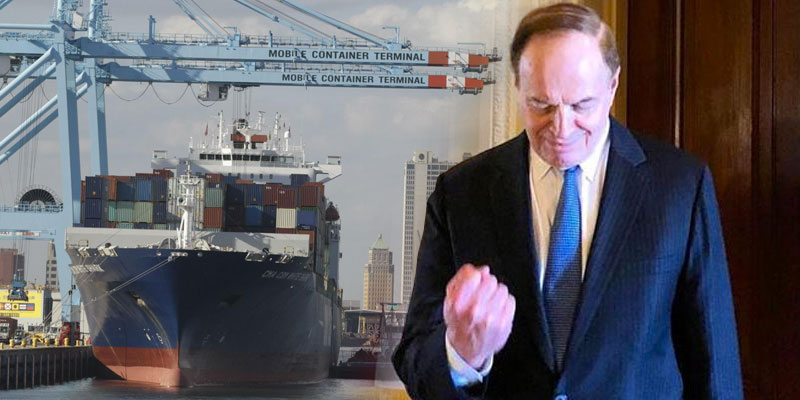 The U.S. Army Corps of Engineers and the Alabama State Port Authority have now officially entered into a Project Partnership Agreement to deepen and widen the Mobile Harbor Ship Channel by late 2024 or early 2025.

The agreement was signed on Wednesday by Colonel Sebastien P. Joly, commander of the Corps’ Mobile district, and John C. Driscoll, who assumed his role as director and CEO of the Port Authority the first of this month.

“Today’s signing of the Mobile Harbor Project agreement is yet another milestone in the process of the deepening and widening the Port of Mobile,” Shelby said in a statement.

The harbor channel construction project, which will allow for more goods to be shipped and sold through Alabama’s seaport, is financed by a split of 75% federal funds and 25% state-sponsored funds.

This was made possible by federal legislation through which Shelby increased the federal government’s share of funding for deep draft ports from 50% to 75%.

Shelby has also been credited with securing the federal funding portion of this specific project through his leadership as chairman of the U.S. Senate Committee on Appropriations. Alabama State Port Authority Director Emeritus Jimmy Lyons called Shelby a “champion” of the port.

The Corps in February fully allocated that federal funding — $274,300,000 — for the Port of Mobile in its Fiscal Year 2020 (FY2020) Work Plan, officially providing the resources to dredge Alabama’s premier port. The funding – which accounts for the full federal share of the project cost – initiated the complete construction of the deepening and widening of the navigation channel.