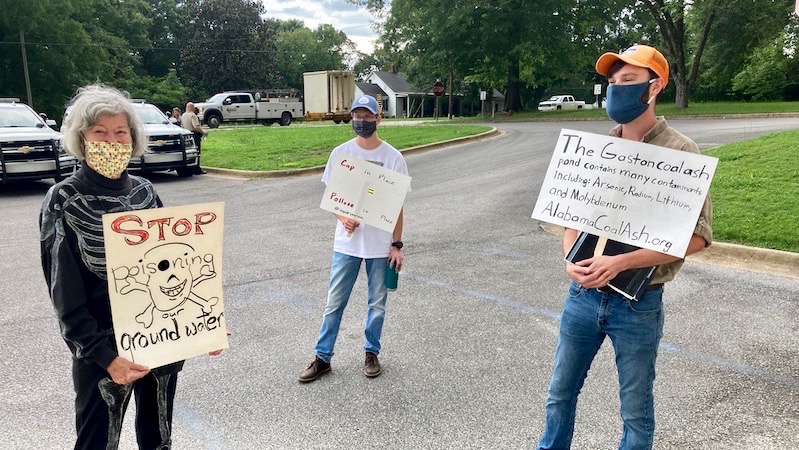 Several residents, including representatives from Coosa Riverkeeper, peacefully protested outside the meeting, carrying signs in support of moving the coal ash to a different location to prevent future groundwater contamination at the plant site.

“Move your ash off our river,” read one sign. “Stop poisoning our ground water,” read another with an illustration of a skull and crossbones.

Coal ash is the waste that is left over after coal is burned to produce electricity. It contains toxic heavy metals such as mercury, lead and arsenic. Wilsonville’s coal ash pond was established in the 1960s prior to federal regulations requiring such ponds to be lined.