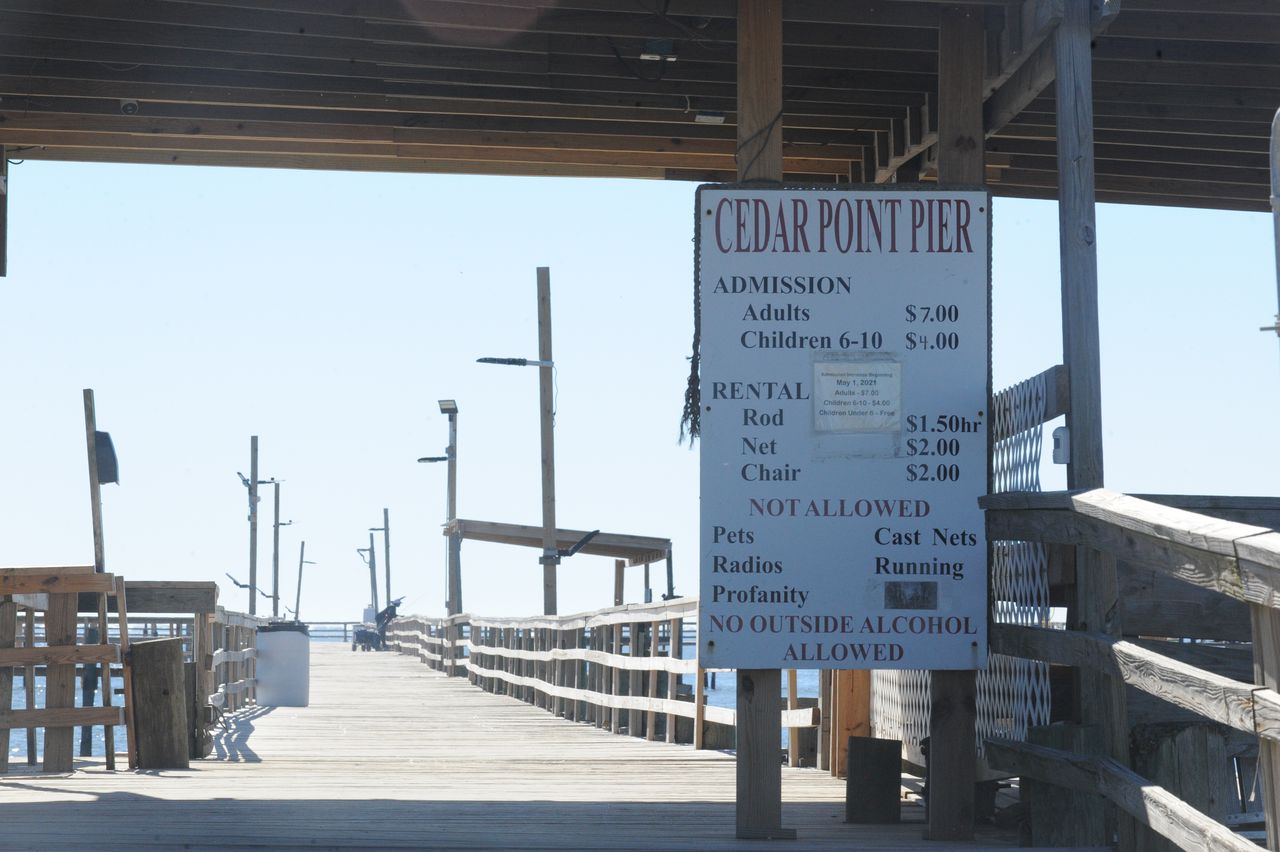 A family-owned fishing pier described as a “welcome mat” to Dauphin Island will be under county ownership by the end of day on Wednesday.

For county officials and the McRae family that has long owned and operated the Cedar Point Fishing Pier, the challenge in the past month has been in combatting misinformation and assumptions swirling on social media over what county ownership will mean.

“I want to assure the public we have good intent with this acquisition, and I want to make sure it’s here forever and it’s affordable for the community,” Commissioner Randall Dueitt said.

Said Jay McRae, whose family has owned the pier since 1986, “I think the county wants to come in and put their stamp on it and improve some things and do some sprucing up. We want it to succeed. It’s our family’s legacy. It’s just going to take a little time.”

The County Commission approved on Monday an agreement with the Alabama Department of Conservation and Natural Resources to utilize $2.25 million to acquire the pier and surrounding properties. The closing is set to take place on Wednesday.

The money comes from the state’s allocation of Gulf of Mexico Energy Security Act, or GOMESA, revenues which Alabama and four other states receive as specified in federal law signed in 2006. Alabama Gov. Kay Ivey, during an October 15 visit to Spanish Fort, announced the pier purchase through the state’s more recent $41 million allocation of GOMESA money.

But since the sale was announced, some users and fans of the fishing pier have taken to Facebook and criticized the new ownership arrangement.