Gulf of Mexico
Members of the U.S. Army National Guard install containers designed to trap oil along the beaches of Dauphin Island, Ala., Tuesday May 3, 2010. (Press-Register, John David Mercer)bn 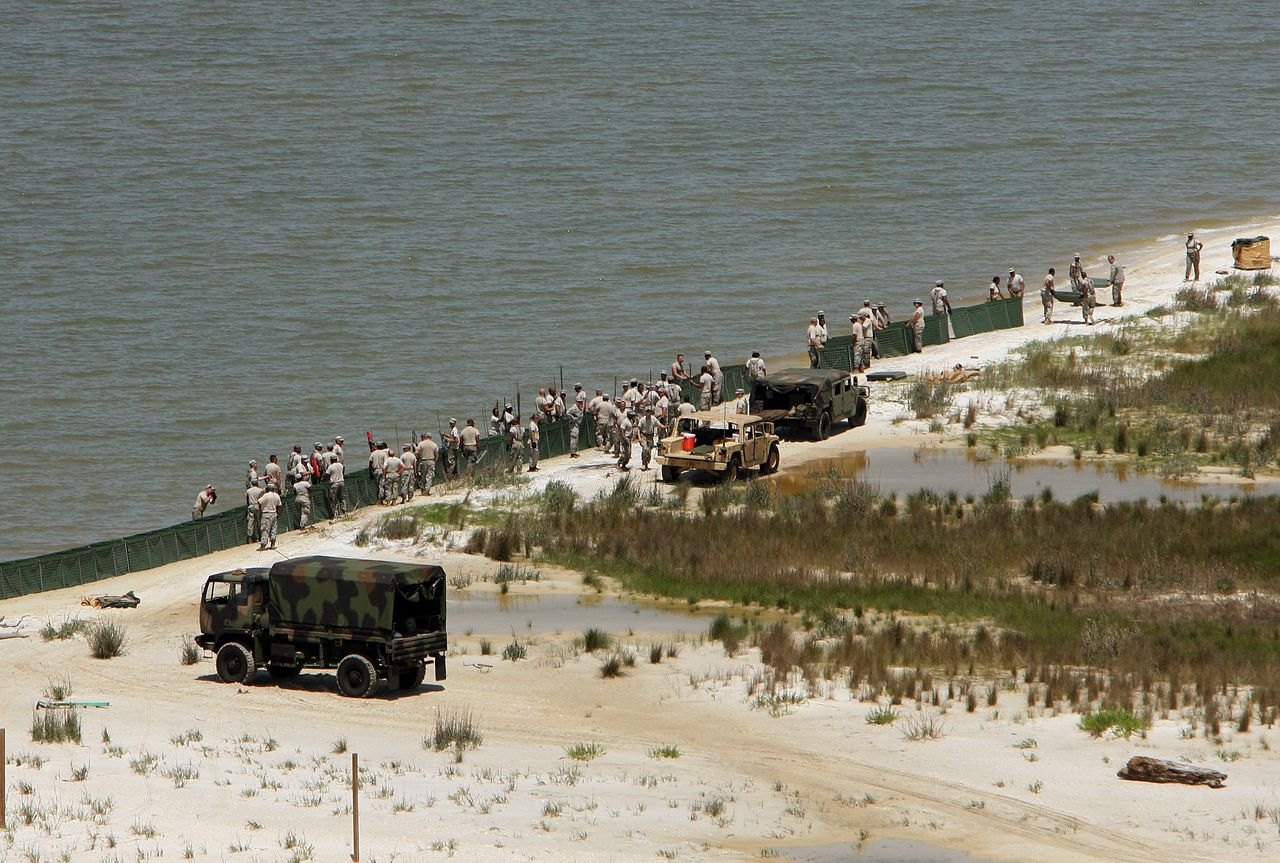 AL - A timeline of Deepwater Horizon disaster in Alabama

April 21, 2010: Rescue operations begin, along with efforts to fight the fire burning on the rig since an explosion about 10 p.m. the night before. U.S. Coast Guard officials report that helicopters from the Aviation Training Center in Mobile raised at least eight people to safety. “It’s been pretty much continuous operation since the first aircraft departed right at 11 p.m.,” Lt. Jeremy Loeb said.

Related: 10 years after: Along Alabama’s Gulf Coast, questions, and work, go on

April 24: After initially saying their main concern was the oil that had been aboard the damaged rig, Coast Guard officials report that oil is leaking from the well the Deepwater Horizon had been drilling. Coast Guard and BP officials estimate the leak at 1,000 barrels, or 42,000 gallons, per day. The sheen of surface oil around the wreck now spans 20 miles by 20 miles, some 25 times larger than it had been a day earlier. Bad weather has hampered surface containment.

April 27: U.S. Coast Guard Rear Adm. Mary Landry announces plans to attempt burning off some of the surface oil. “We’re possibly 90 days out from securing the source permanently,” Landry says. Fears grow about a huge mass of oil hitting the “fertile crescent” of Alabama, Mississippi and Louisiana shore within days. “The marshland is our incubators for all species of seafood," said Bayou La Batre Mayor Stan Wright. "If it gets polluted or killed, we’re in trouble. We’re in big, long-term trouble.”