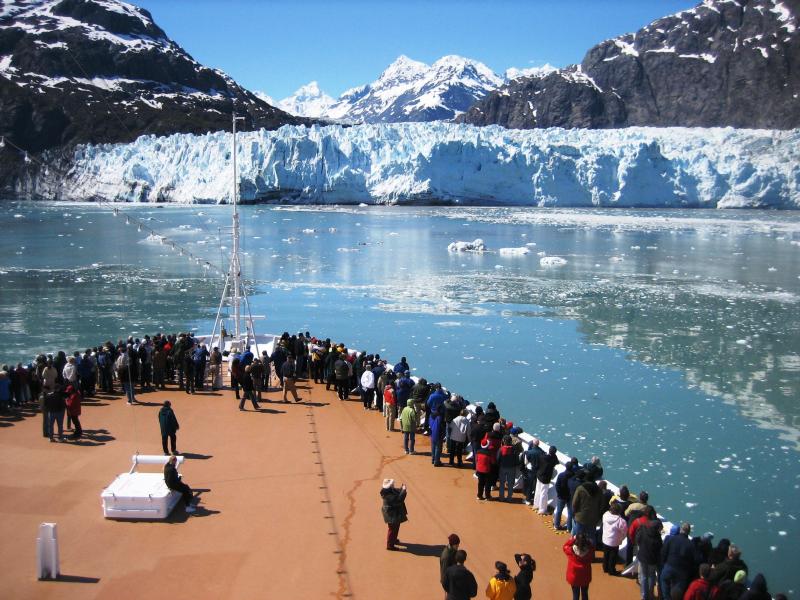 AK - Without Ocean Rangers, Glacier Bay is monitoring cruise ships on its own

Glacier Bay used to rely on the state’s Ocean Ranger program for these inspections, but the program was defunded before the pandemic.

Alaska voters started the Ocean Ranger program in 2006 to protect wildlife and waterways from pollution. Governor Mike Dunleavy defunded the program in 2019.

Rangers made sure the large cruise ships followed state and federal environmental rules, especially around the kind of wastewater discharged into Alaska waters. It was paid for through a per person passenger tax the state levied on cruise companies.

The program’s defunding put the park and cruise companies in a tight spot because they signed a decade-long contract that legally commits them to inspections.

“Glacier Bay has concessions contracts, which result in probably the highest standards in the world,” said park superintendent Philip Hooge. “And we work tightly in partnership, really good relationship, with the cruise industry, but we also need to have independent verification on all aspects of our contract.”

The park covers 3.3 million acres, and it’s considered one of the gems of Southeast Alaska. Coastal temperate rainforest is punctuated by deep, glacier-carved fjords and snow-covered peaks. About 650,000 people visit the park each year and more than 95% of them arrive by cruise ship. The National Park Service’s duty is to protect those resources while still making them available to the American public.

They do that through a unique contract system with cruise companies. Cruise companies compete for 10-year contracts to sail the park’s waters. They commit to a number of extra environmental safeguards, like a zero wastewater discharge policy, and random, independent inspections to prove they’re in compliance.