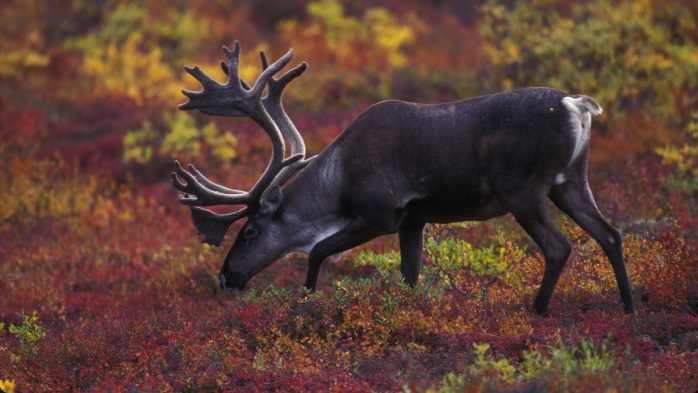 Since 2016, the U.S. Bureau of Land Management (BLM) and the U.S. Forest Service have advanced five efforts that would dramatically alter protections for some 60 million acres of federally managed land in Alaska. If fully enacted, the policies and decisions outlined in those proposed and finalized plans would open vast stretches of the Bering Sea-Western Interior, Tongass National Forest, Central Yukon, National Petroleum Reserve-Alaska (NPR-A), and unencumbered BLM land to extractive development and have significant impacts on Alaska’s lands, rivers, wildlife, and the Indigenous peoples who call these landscapes home.1

In 1971, the Alaska Native Claims Settlement Act (ANCSA) temporarily withdrew roughly 56.9 million acres of BLM-managed lands from possible development and directed the secretary of the interior to conduct a review to determine whether any of those lands should be permanently excluded from industrial use. The withdrawals, which came to be called D-1, were intended to protect the public interest and limit development on land available to satisfy land claims from the state and native corporations established under the act.2

In 2004, Congress passed the Alaska Land Transfer Acceleration Act to resolve various land claim and transfer issues that arose from ANCSA and from the 1958 law that made Alaska a state. As required in the transfer acceleration act, BLM produced a report that detailed its progress on Alaska land transfers and recommended that the secretary revoke D-1 withdrawals from approximately 50.1 million acres of BLM-managed land in Alaska and maintain them on roughly 6.7 million additional acres.3 The report further advised that the agency’s standard land use planning process provided the most appropriate venue for review of the withdrawals.4 In keeping with the report’s guidance, BLM has finalized five management plans since 2005 that advocate lifting almost all D-1 protections from BLM-managed land in its planning areas.5 Final revocation of those orders, however, can be made only by the secretary of the interior, pursuant to recommendations in BLM plans.6