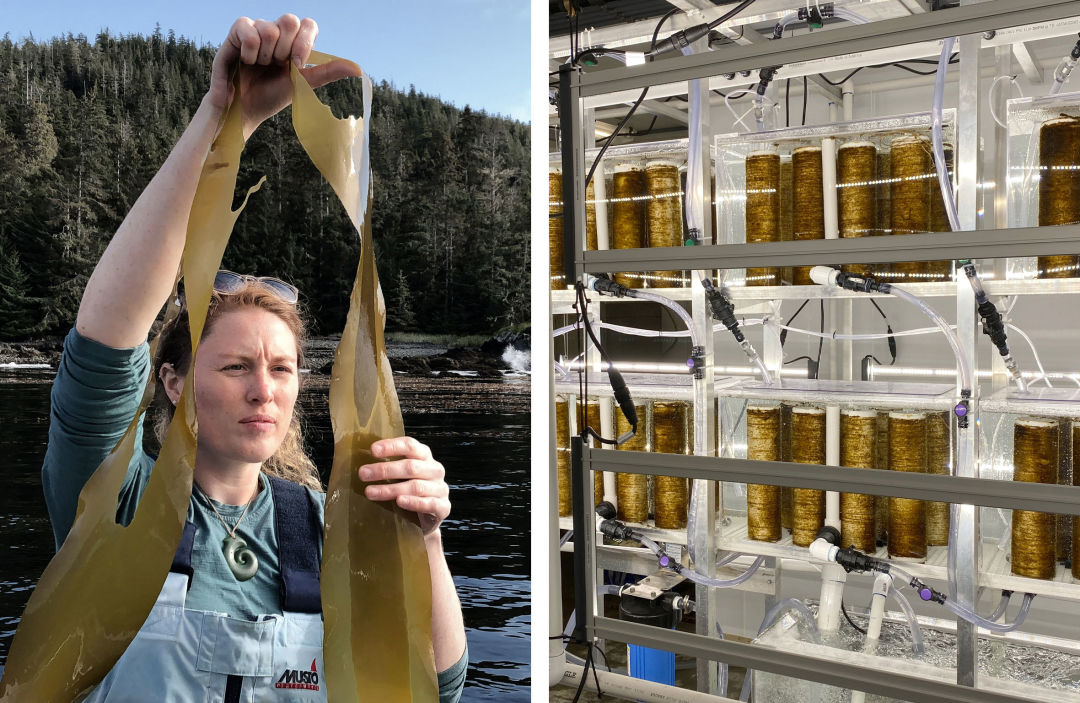 The potential is vast—for the environment, for nutrition, for Indigenous food sovereignty.

FOG BLANCHED the horizon. Only a suggestion of distance—steely water, the dark outlines of land. On this late October morning in 2019, Markos Scheer was in Alaska on a gamble. At the start of the year, he’d closed his Seattle maritime law practice to devote his attention to his new business, Seagrove Kelp Co. Today, he set out with a crew to start planting the biggest seaweed farm in North America.

Scheer and Dr. Tiff Stephens, Seagrove’s chief scientist and research director, had worked to grow millions of kelp seeds—kelps are a subset of seaweeds—on 150,000 feet of line wrapped around PVC pipes in their nursery’s large glowing tanks.

On a clear day, mountains and conifers jut up around the kelp farm’s site on Doyle Bay, just off Prince of Wales Island, at Alaska’s southernmost tip. Here, in the fog, Scheer and a small crew headed out with truckloads of orange buoys, piled like balloons before a prom, and about 6,000 feet of line bristling with bull kelp seeds.

Planting anything in the Alaskan sea in fall comes with some risk. Wind can blow 100 knots. Waves can rise three feet. Cold water threatens hypothermia. But, really, the entire enterprise was a risk. No one in Alaska had built a kelp farm this big. Vast seaweed farming operations exist in places like Korea and China—hubs of an industry valued at nearly $60 billion last year. But U.S. production is nascent and boutique, particularly on the West Coast.