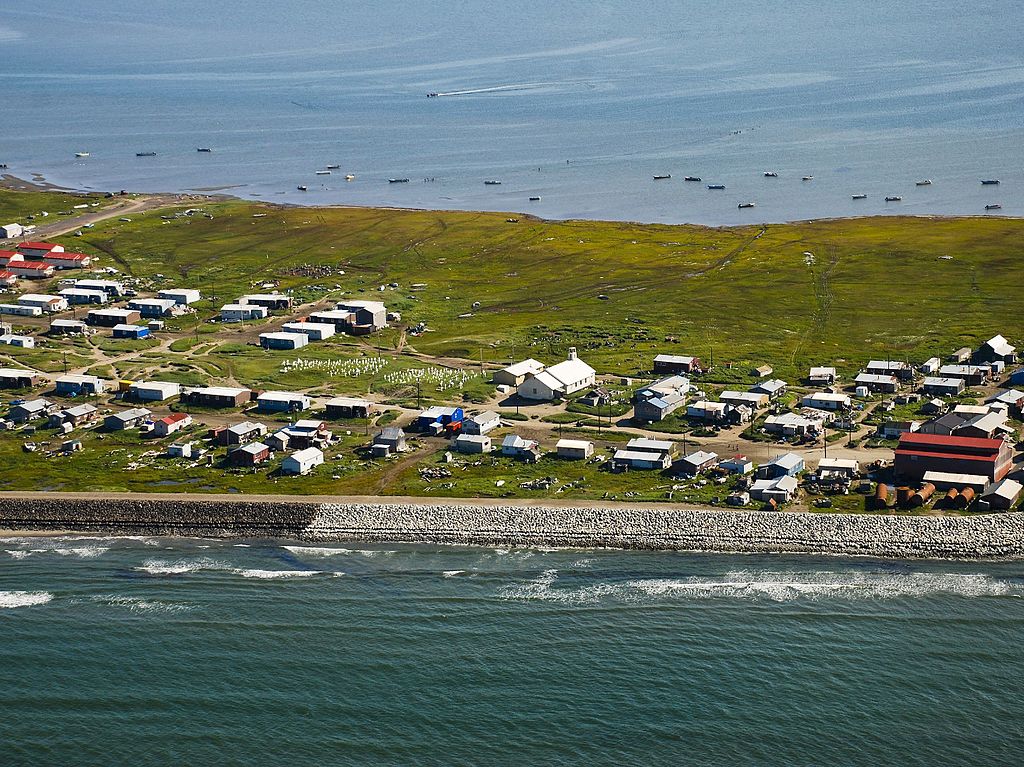 AK - What is Needed for Fair and Equitable Managed Retreat?

The Inupiat of Alaska recently created an entirely new word, usteq, to describe a catastrophic combination of permafrost thaw, flooding, and erosion that can lead to total land collapse.

The Inupiat of Alaska recently created an entirely new word, usteq, to describe a catastrophic combination of permafrost thaw, flooding, and erosion that can lead to total land collapse. For the almost 600 inhabitants of Shishmaref, an Inupiat Eskimo village on a barrier island in the Chukchi Sea, usteq poses a threat to every dimension of daily life: housing, food security, public infrastructure, culturally significant landmarks. In 2016, the community voted for the third time in 43 years to relocate, but a lack of financial support from the state and federal governments continues to thwart the effort.

The global climate crisis has already displaced millions of people in the U.S., with many millions more at risk in the coming decades from flooding, sea level rise, wildfires, droughts and other extreme-weather events and disasters. Many of the most vulnerable are underprivileged, minority or Indigenous communities that have already suffered historical displacements. Land rights in the U.S.—and around the world—are associated with a long legacy of racial and economic injustice, making forced relocation not only the biggest but one of the most fraught human rights challenges of the climate crisis.

From June 22 to 25, researchers, policymakers, community leaders and artists from around the world came together to map an atlas of fair and equitable approaches to climate-related relocation and adaptation of at-risk communities during the Columbia Climate School conference, “At What Point Managed Retreat? Resilience, Relocation, and Climate Justice.” Panelists agreed that socially just solutions would require, at a minimum, taking historic drivers of climate change risk into account, prioritizing people over property, and giving at-risk communities the right to self-determination.