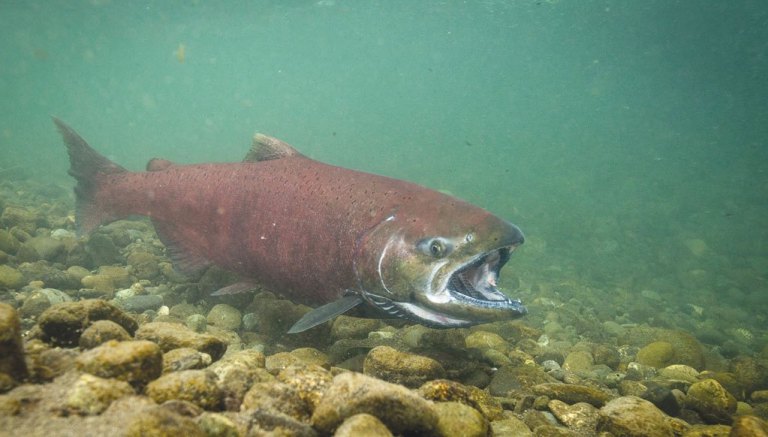 A new study has found that the answer to Alaska’s Chinook salmon decline lies not just in the ocean, but also in freshwater rivers and streams — and that climate change’s effects on Alaska’s freshwater systems are affecting king salmon.

“The take-home message is that what happens in freshwater really matters to the strength of our salmon runs in Alaska,” said University of Alaska Fairbanks research scientist Erik Schoen. “In a lot of ways, that’s good news, because we have some control over freshwater conditions in our salmon streams.”

The study, led by the University of Alaska, with data from the Alaska Department of Fish & Game and Cook Inletkeeper and with help from additional authors as well, focused on 15 Chinook populations in Cook Inlet over a span of almost three decades.

It found that heavier than average rainfall in late summer and fall leads to fewer surviving Chinook — the rain moves gravel, which displaces eggs. Those findings may be relevant to other regions, even those, like Southeast Alaska, which are typically rainy in the fall, because the key is “above average” rainfall — different river systems are adapted and optimized to different conditions, Schoen said.

On the positive side, the study also found that higher-than-average summer rainfall during juvenile rearing was good for Chinook.

Water temperatures above 64 degrees Fahrenheit for a week or more in the summer during spawning decreased Chinook productivity. In 2019, a year of record heat for the state, Alaska’s salmon made international headlines when water temperatures in some rivers rose above 80 degrees and thousands of salmon died of heat stroke before they could spawn.