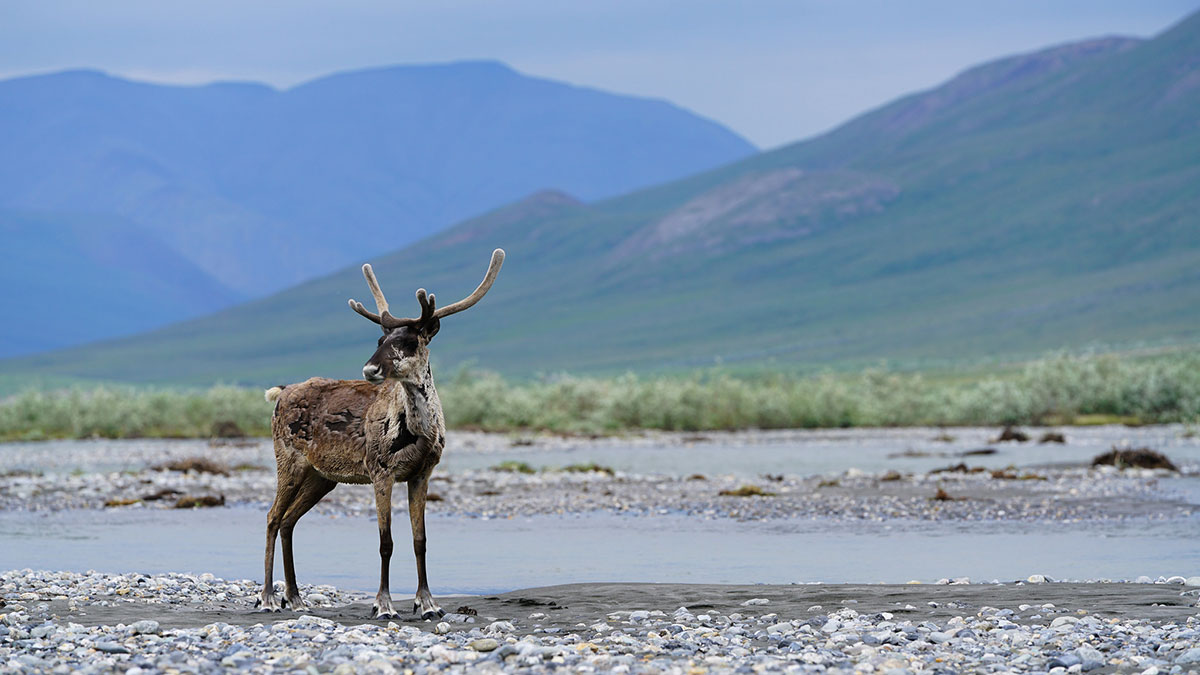 Will the wild, still beauty of the Arctic National Wildlife Refuge — which turns 60 this year — outlive our busy meddling?

ON OUR LAST evening, camped at the gravel strip ten miles from the Arctic Ocean where a bush plane would pick us up, I walked to the Canning River’s edge to rinse the skin and bones of an Arctic char we’d caught for supper from the dishes. Ground squirrels, having staked out riverfront property tunneling into the cutbank’s lip, chittered in alarm, scattering at my approach. Straightening up, I faced a grizzly snuffling along the opposite shore. Then, loping toward it flat-footedly, stopping repeatedly, as if on a dare, one of the North’s most secretive denizens: a wolverine.

During our seven-day 2015 raft trip we’d watched a rare blue-morph Arctic fox, a moose built like a bulldozer, and a peregrine striking a ptarmigan in flight and passing it off to a juvenile bird. Caribou on gravel bars had stepped closer, curious, eyeing us nervously. Sipping coffee on a bluff where we’d pitched tents, we spotted a polar bear lying down on the tundra for a nap. A wolf and later a golden eagle paraded past the boulder-like shape. Capturing such scenes elsewhere might have taken photographers weeks or months.

Everything then, seemed fine.