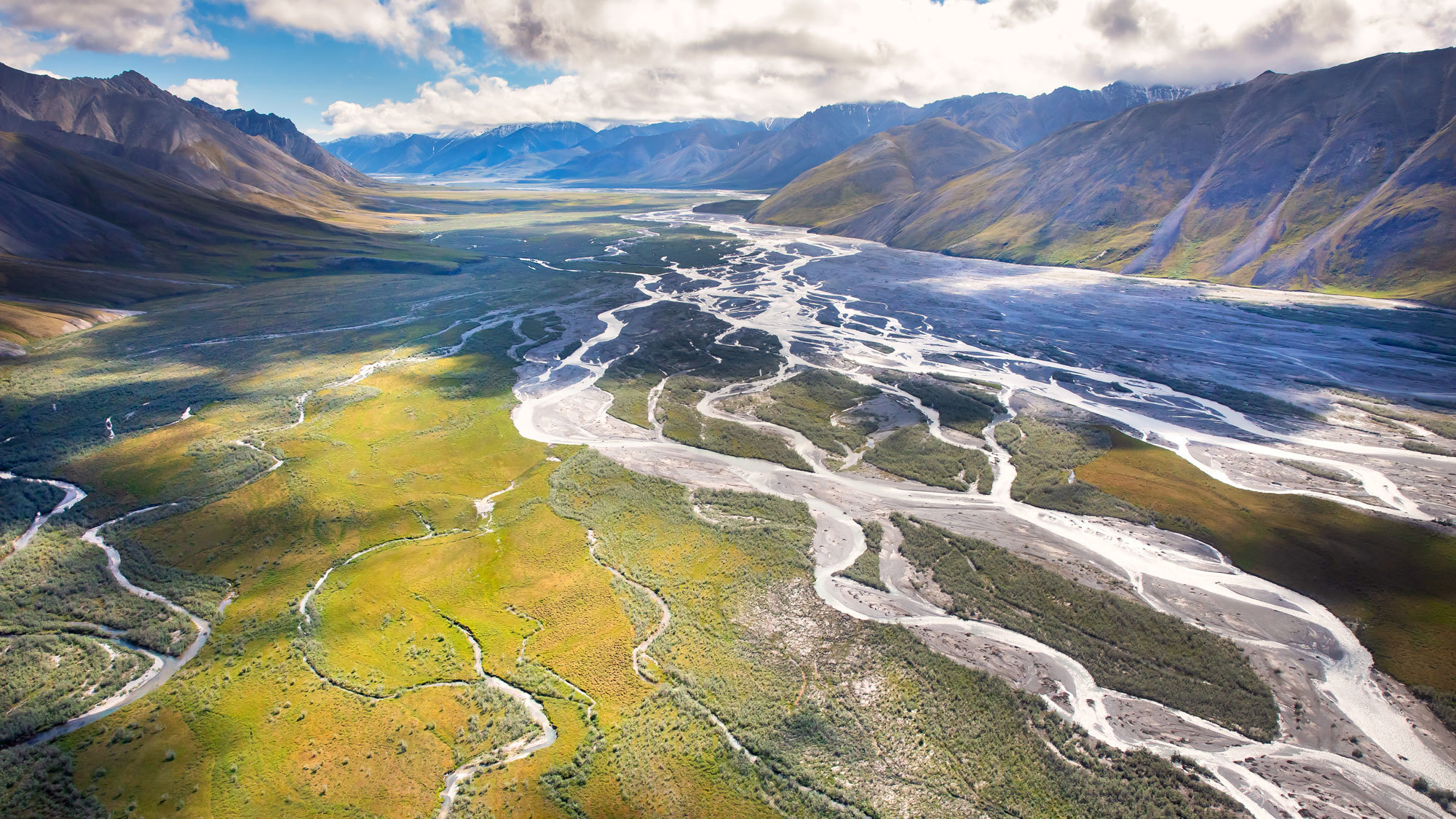 AK - To Save a Way of Life, Native Defenders Push to Protect the Arctic Refuge

Gwich’in elder Sarah James has long fought efforts to drill in Alaska’s Arctic National Wildlife Refuge. In an e360 interview, she talks about the Trump administration’s move to open these lands to development and why the fate of the refuge and of her people are intertwined.

For more than three decades, the Gwich’in Native community has helped to fight off repeated attempts by Republican administrations and fossil fuel companies to drill for oil and gas in the Arctic National Wildlife Refuge in Alaska, the largest remaining stretch of wilderness in the United States.

Last month, however, the Trump administration finalized plans to open up the refuge’s entire 1.5-million-acre coastal plain — thought to contain the largest untapped onshore oil reserve in North America — to fossil fuel development. The Gwich’in refer to the coastal plain as Iizhik Gwats’an Gwandaii Goodlit, or the “sacred place where life begins.” It is the birthing grounds for the Porcupine caribou herd, upon which the tribe’s culture, history, and livelihood are based.

In an interview with Yale Environment 360, Gwich’in elder Sarah James, who has been an international leader in this fight since the 1980s, talks about the significance the refuge plays in Gwich’in life; the Trump administration’s full-scale pursuit of drilling in the region; and what comes next in the battle to protect these sacred lands.

Yale Environment 360: The Trump administration recently announced it is opening up the Arctic National Wildlife Refuge’s entire coastal plain, some 1.6 million acres, to oil development — the most aggressive of all development options. Why do you believe this strategy will be particularly devastating for the region and local Indigenous communities?

Sarah James: As a Neets’aii Gwich’in tribe, our biggest concern is our way of life and who we are. From the time beginning, we’ve depend on caribou for our way of life — the food resources that we get from them, the skin for clothing and crafts and art. We have a special connection in that we are a part of the caribou and the caribou are a part of us. It is our language, our songs, our dance. And it’s our medicine. Many times we’ve survived because of the medicine that we get from caribou. We take care of the caribou, and in return, they take care of us, and that’s really important to my people here.

We used to live with the Porcupine caribou, migrate with the caribou, so our footsteps are everywhere with the caribou, even today because they still migrate that whole Arctic Refuge. They’re healthy. They’re wild. They’re not mixed in with reindeer, and they’re natural to the area. And this — the coastal plain — is the last place, this is only piece of the Arctic line that’s going to protect it. The rest is in development or will be. The coastal plain is the heart of the Arctic National Wildlife Refuge, not only for caribou, but for many other animals who are born there and raise their young there because it’s a safe place away from predators. It’s a place we call Iizhik Gwats’an Gwandaii Goodlit. That means the “sacred place where life begins.” And it should be kept that way because there’s no other place they can go to. It is the core of the caribou existence and Gwich’in existence.

All of that is threatened. And it has been threatened for many, many years.

“When we made a position to protect the Arctic National Wildlife Refuge… it was like a rebirth of the whole Gwich’in nation.”

e360: You’ve been involved in the fight against drilling in the Arctic Refuge for decades, through six White House administrations. When, why, and how did you first get involved?

James: I didn’t get started as an activist. I’m not an activist. I’m fighting for human rights to Arctic living. Ever since I can remember, I grew up off the land, out in the land, with my parents. They didn’t have a traditional Western job, and that’s how I grew up. That was our way of life, to protect the Porcupine caribou and protect the environment.