Hawaii & Alaska
Once caught, fish are kept on ice for the journey back to port, where they are processed and packed for delivery. James Poulson / HuffPost 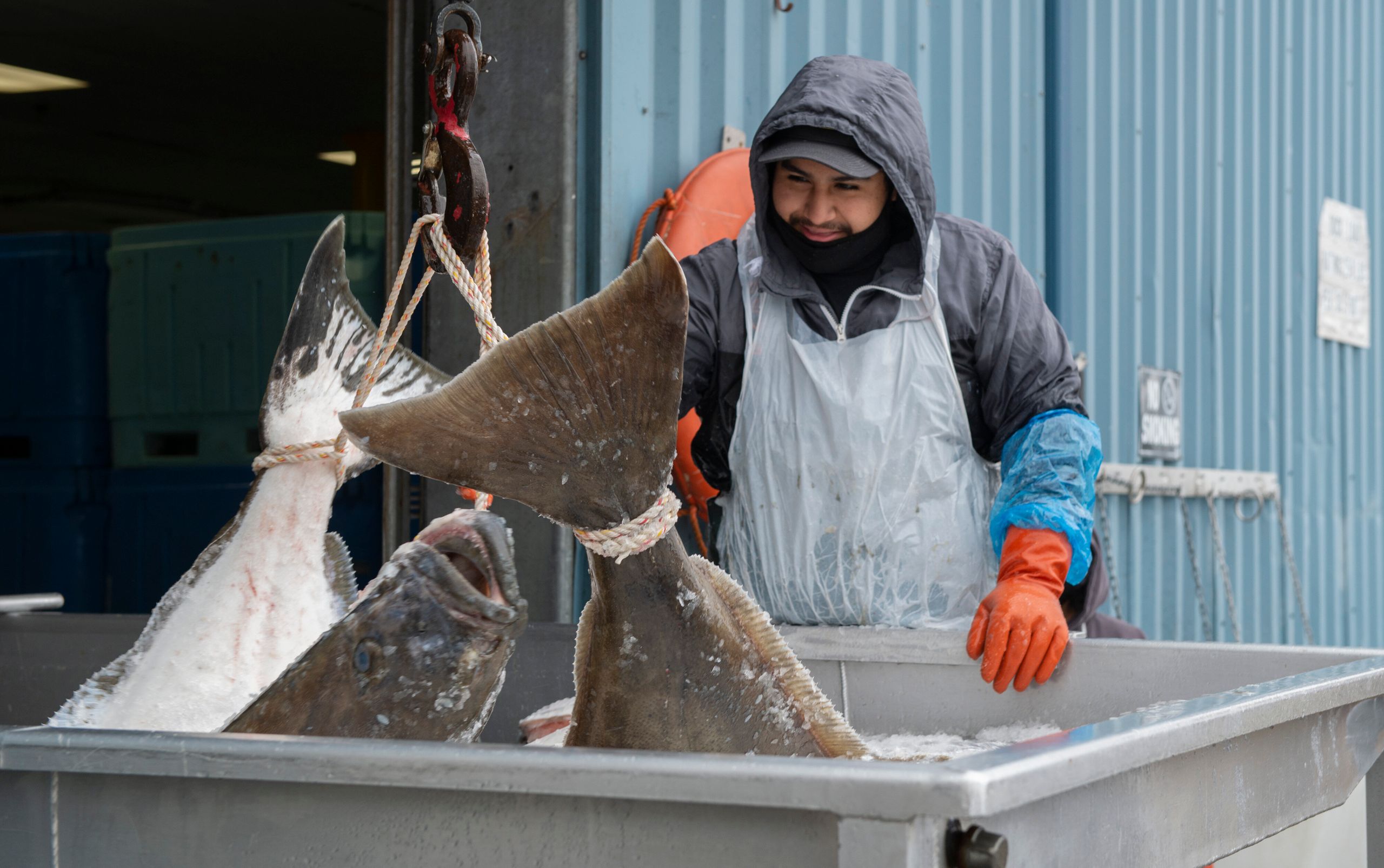 AK - The David and Goliath Story Playing Out in Alaska's Fisheries

Facing the loss of a resource that has supported generations of fishing families, this community set out to protect the pristine waters of southeast Alaska — and it’s working.

One day in April 1991, a large fishing boat sliced through the cobalt waters of the North Pacific, not far from Sitka, Alaska, on its way to the Bering Sea. For some reason, perhaps to make sure its gear was in order, the boat dropped its weighted trawling net, dragging it across the ocean floor. As the boat drifted by, thousands of pounds of rockfish got scooped up in the mesh. Just like that, the local rockfish season was over.

“Outraged.” That is how Linda Behnken, a Sitka-based fisherman and director of the Alaska Longline Fishermen’s Association, described her reaction to news of the trawler’s nets rising from the ocean full of strangled or struggling fish, leaving the area’s fishing territory depleted. “It was a major catalyzing event.”

Facing the loss of a resource that had supported generations of fishing families, Behnken and the local community set out to protect the pristine waters of Southeast Alaska from the ravages of industrial fishing and banish trawling boats that drag wide nets to indiscriminately collect fish. A David to industrial fishing’s Goliath, Behnken was told to give up, that the cards were stacked against her. It took years of lobbying and rallying local support, but with the passage of the Southeast Alaska Trawl Closure in 1998, she had helped enact what at that time was the world’s largest ban on trawling, protecting 70,000 square miles of ocean habitat.

“The trawling ban is the reason we still have healthy small-scale fisheries in Southeast Alaska,” she said.

In the decades since, as the global fishing industry has consolidated into fewer, larger corporate fleets and environmental changes have threatened the ocean’s resources, Alaska’s Southeastern panhandle has emerged as a bastion for sustainable, small-scale fishing.

From Yakutat to Ketchikan, family-owned and -operated boats like Behnken’s “Woodstock” form the backbone of community-supported fisheries (CSFs) that often sell their catch directly to local customers and have lately seen a spike in orders from as far away as the Midwest and East Coast. Through their cooperative model, fishermen here have avoided exhausting ocean resources, protecting the marine biodiversity that keeps the ecosystem resilient to the mounting impacts of climate change. They’re also ensuring their own livelihoods; business is good even amid the turmoil of COVID-19 pandemic.