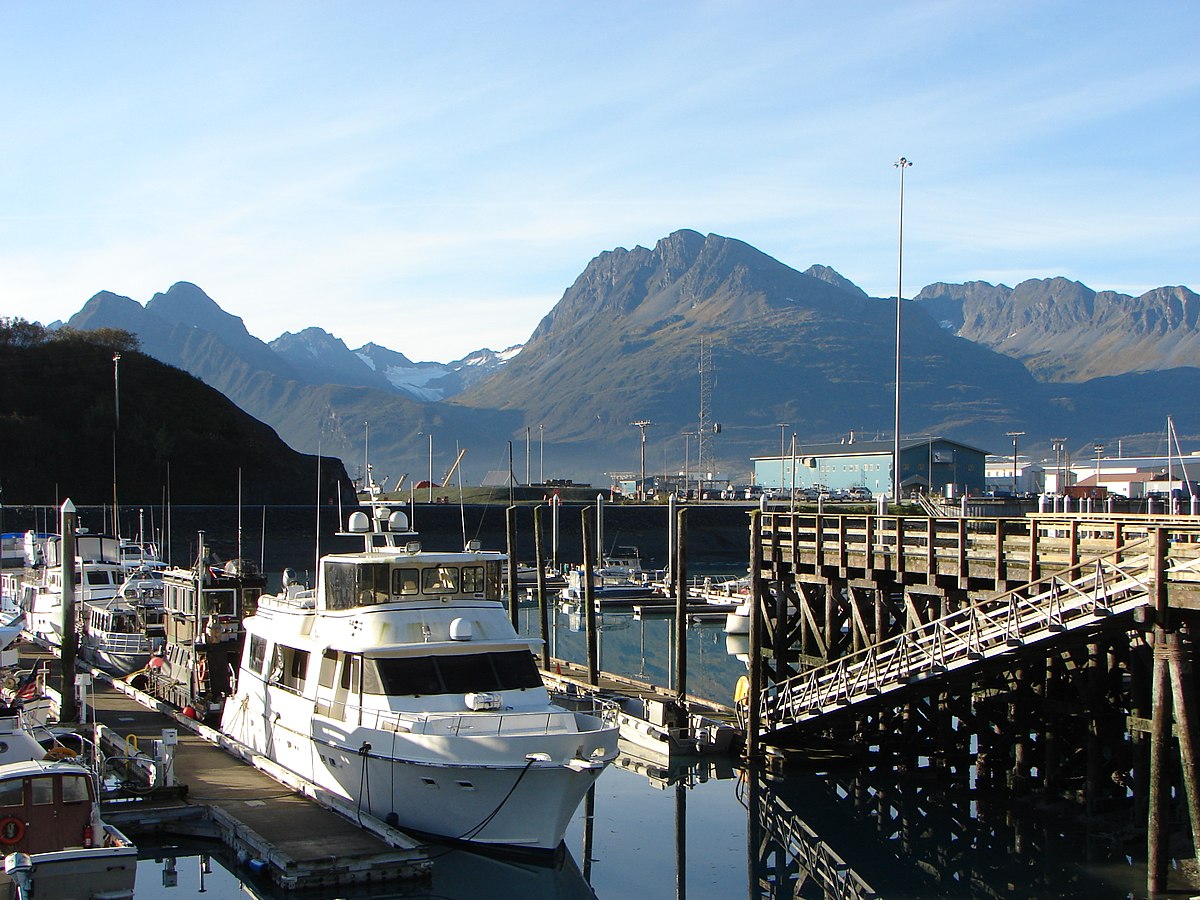 It started with a question: Is it possible for the large container ships traveling from China to the United States to make the trip using renewable fuel sources?

The international shipping industry largely runs on petroleum. The sector emits about a billion tons of carbon dioxide and other greenhouse gasses annually, according to a study published by the United Nations.

So a group of researchers at an independent nonprofit, the International Council on Clean Transportation, are looking into what it would take to transition petroleum-run ships into using zero-emission fuels.

What they found could put the Aleutian Islands right at the center of it all.

ICCT researcher Elise Georgeff has been investigating hydrogen as a potential replacement fuel. First, her team calculated how many ships could cross the Pacific Ocean using the existing hydrogen technology.

“About 43% [of existing ships] could be powered by using hydrogen fuel cells,” Georgeff said.

Fuel cells are similar to batteries, but instead of holding a charge from another source, they create a charge from fuel they store.

Georgeff found that almost half of the ships traveling from China to California could make the same trip with hydrogen fuel cells. As for the other half, the ICCT team determined that those ships would need to make a pit stop along the way to refuel.

“About 99% of the ships that couldn’t make the Pacific route before, if they just added one refueling stop — think a little gas stop on the way — they could attain the route,” Georgeff said.

This would essentially create a zero-emission shipping lane, or what many industry experts refer to as a “green corridor.”

Unalaska and Adak islands in the Aleutians are in perfect locations to become pit stops in a trans-Pacific green corridor. Most of the international ships crossing from west to east follow the same path, and those two communities are right in the middle: about halfway through one of the world’s busiest shipping lanes.

“Because of their strategic location, they could be a first player in this green corridor that’s already been talked about, between China and the United States,” Georgeff said.

Establishing a green corridor could yield significant economic benefits for Adak and Unalaska. The ICCT study estimates a market of more than $1 billion a year, if the Aleutians become a full-fledged hydrogen hub.