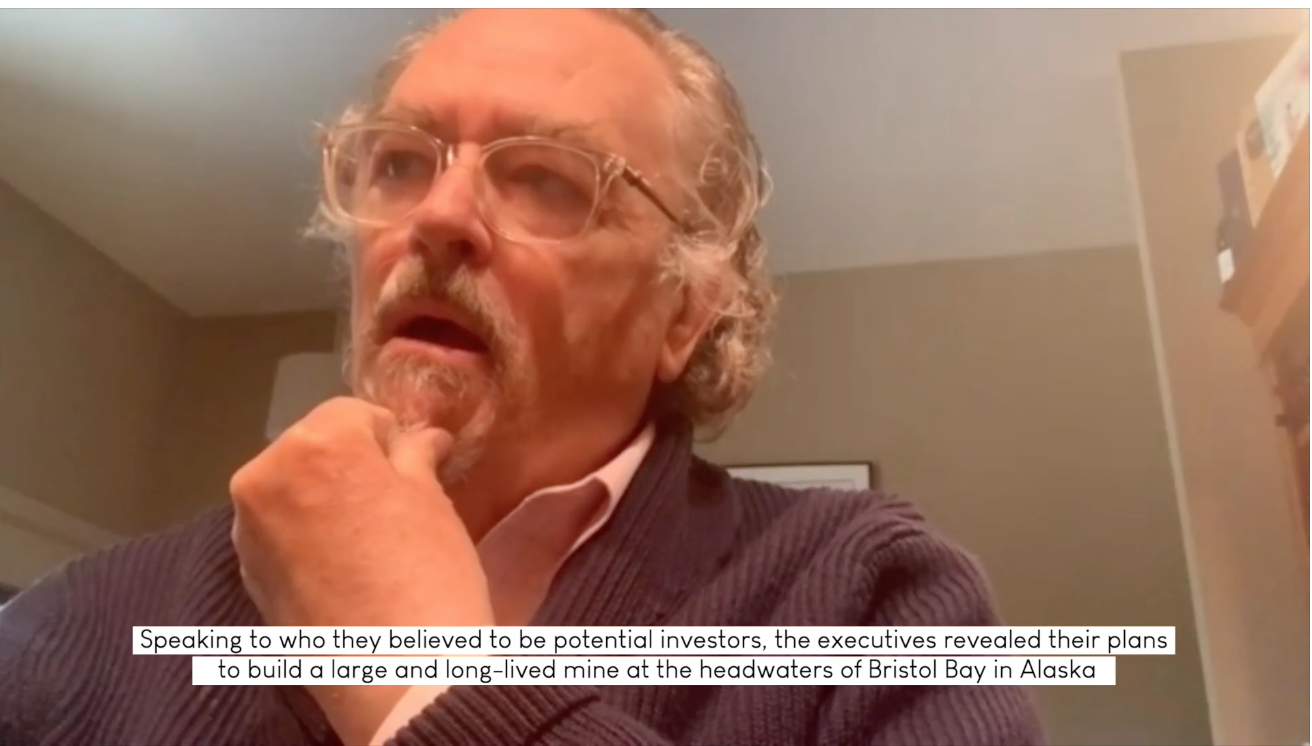 have to believe there's more than one reason Northern Dynasty Minerals and Pebble Limited Partnership have struggled to secure investors for a literal gold mine. Could one of them be that they're not quite as slick as they think they are? [Editor's note: This editorial has been updated to include a response from the U.S. Army Corps of Engineers.]

A series of recorded video calls shows Pebble Limited CEO Tom Collier and Northern Dynasty President and CEO Ronald Thiessen detailing their access to Alaska Gov. Mike Dunleavy's office, the White House chief of staff, the Army Corps of Engineers, as well as a confirmation of the partnership's plan to deceive the public through the permitting process and open a back door to a massive mine in Alaska's Bristol Bay region.

A Washington, D.C.-based organization called the Environmental Investigation Agency reports that its investigators posed as potential investors in the Pebble Mine via Northern Dynasty. The investigators held video calls with Collier and Thiessen, which the agency has published in a series called the Pebble Tapes.

"The tapes also reveal Pebble’s apparent plans to use the infrastructure included in its mine plan to open up other expansive [swaths] of western Alaska to mining, including through the activation of the Donlin Mine, a project that already has federal permits and could become economically viable overnight if the Pebble project is approved," says the EIA in its press release.

The Donlin Mine site is about 175 miles northwest of the Pebble deposit. The Army Corps staffer in charge of both permits, Thiessen says in one of the videos, meets with Collier regularly.

"The guy who runs the permitting process here in Anchorage, who has become somewhat of a friend," Collier says, referring to David Hobbie, chief of Alaska's regulatory division for the Corps. "I've known him for 25 years."

The tapes dropped on Monday, and on Tuesday evening, the U.S. Army Corps of Engineers released a short statement.

"We are aware of the Environmental Investigation Agency’s recorded conversations," said the press release from the Corps on Tuesday, Sept. 22. "Upon review of the transcripts, we have identified inaccuracies and falsehoods relating to the permit process and the relationship between our regulatory leadership and the applicant’s executives."

“We have the highest level of trust and confidence in the integrity of our regulatory team,” said Col. Damon Delarosa, Alaska District commander. “As we continue to work through this process, we will continue to uphold and follow applicable laws and regulations.”