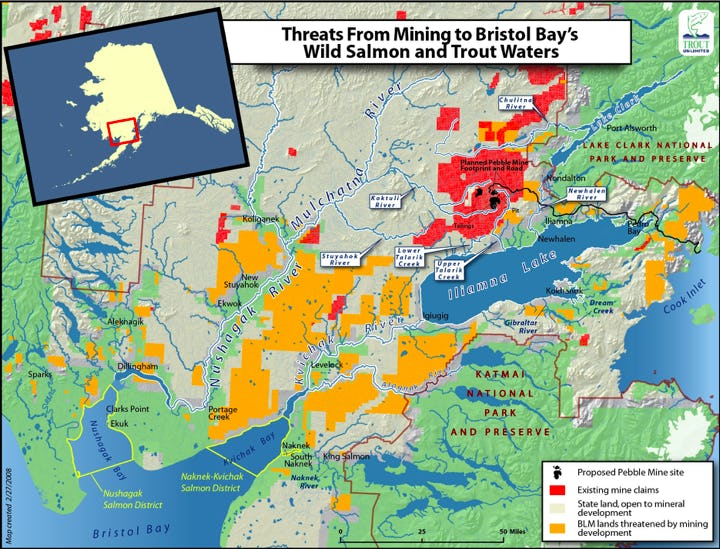 ANCHORAGE— Friday’s announcement from the State of Alaska that it will appeal the rejection of Pebble’s permit application is deeply disappointing and once again shows the Dunleavy Administration prioritizes the interests of a disgraced foreign mining company over the thousands of Alaskans who depend on Bristol Bay’s incredible wild salmon fishery for their livelihoods and ways of life.

“While science prevailed when the Army Corps rejected the proposed Pebble Mine’s Clean Water Act permit, Governor Mike Dunleavy’s continued interference on behalf of the Pebble Partnership shows Bristol Bay is far from safe,” said SalmonState Executive Director Tim Bristol.  “In announcing the State will appeal, the governor has chosen to ignore scientific fact and the large majority of Alaskans. The only way to stop this toxic project for good is with an EPA veto. We urge President-elect Biden and Congress to act swiftly and decisively to reenact lasting protections for Bristol Bay — a one-of-a-kind American resource.”