Hawaii & Alaska
Utqiagvik, on the edge of the Arctic Ocean and unprotected by barrier islands, is increasingly threatened by storm flooding and erosion. (Loren Holmes / ADN) 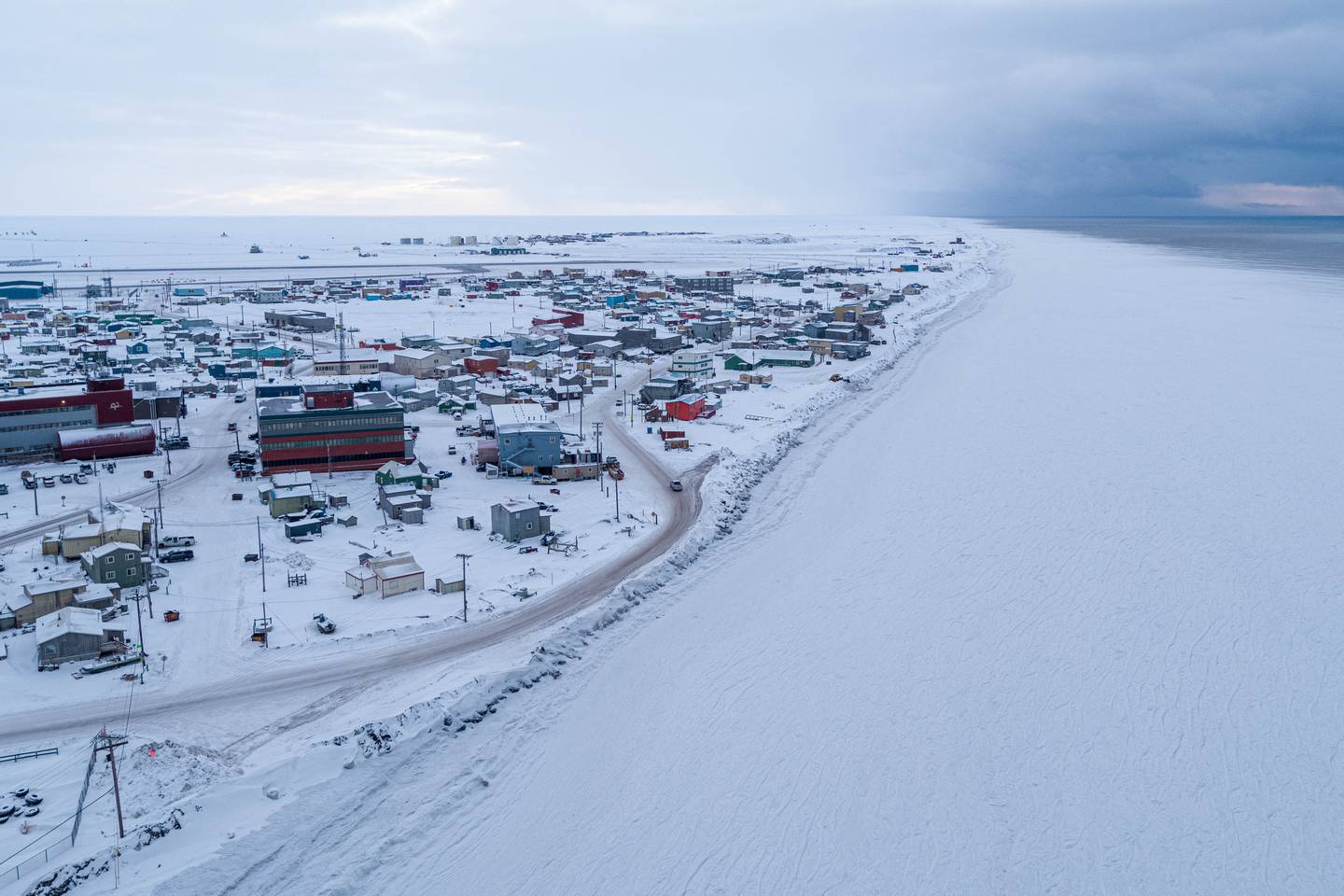 The ocean near Utqiagvik was bound with ice last week, but strong winds opened the waters back up. Waves running freely can attack the shoreline and damage houses and roads. They can also slowly eat at the land — and with it, cultural sites as well as the sense of safety. The total cost for the project is estimated at $328.6 million.

“It’s a losing battle,” said Scott Evans, deputy director of Capital Improvement Program Management at the North Slope Borough. “Every day, we are one step closer to experiencing an event none of us want to. We’re basically rolling the dice.”

A seawall planned for Utqiagvik is aimed at protecting residents from extreme storms while preserving their connection to the ocean.

The North Slope Borough in November approved an additional $300,000 for the U.S. Department of the Army to complete the design of the Barrow Coastal Erosion Mitigation Project. An initial $300,000 in funding came last year.

Since then, engineers have been making plans for a rock wall, taking into account the behavior of the waves, melting ice and the need of whalers, fishermen and other residents to access the ocean.

Severe coastal storms, such as those in 2015 and 2017, already lead to flooding and erosion around Utqiagvik. Evans said that last year the ocean surface stayed open well into November, and with ice forming later each year, strong winds have a longer window to form large coastal waves.