Hawaii & Alaska
The tender Insatiable unloads salmon at Naknek in this file photo. A recent report found that the residents of coastal communities such as those surrounding Bristol Bay hold far fewer permits in the fisheries since the beginning of the limited entry system in 1975. (Photo/File/AJOC) 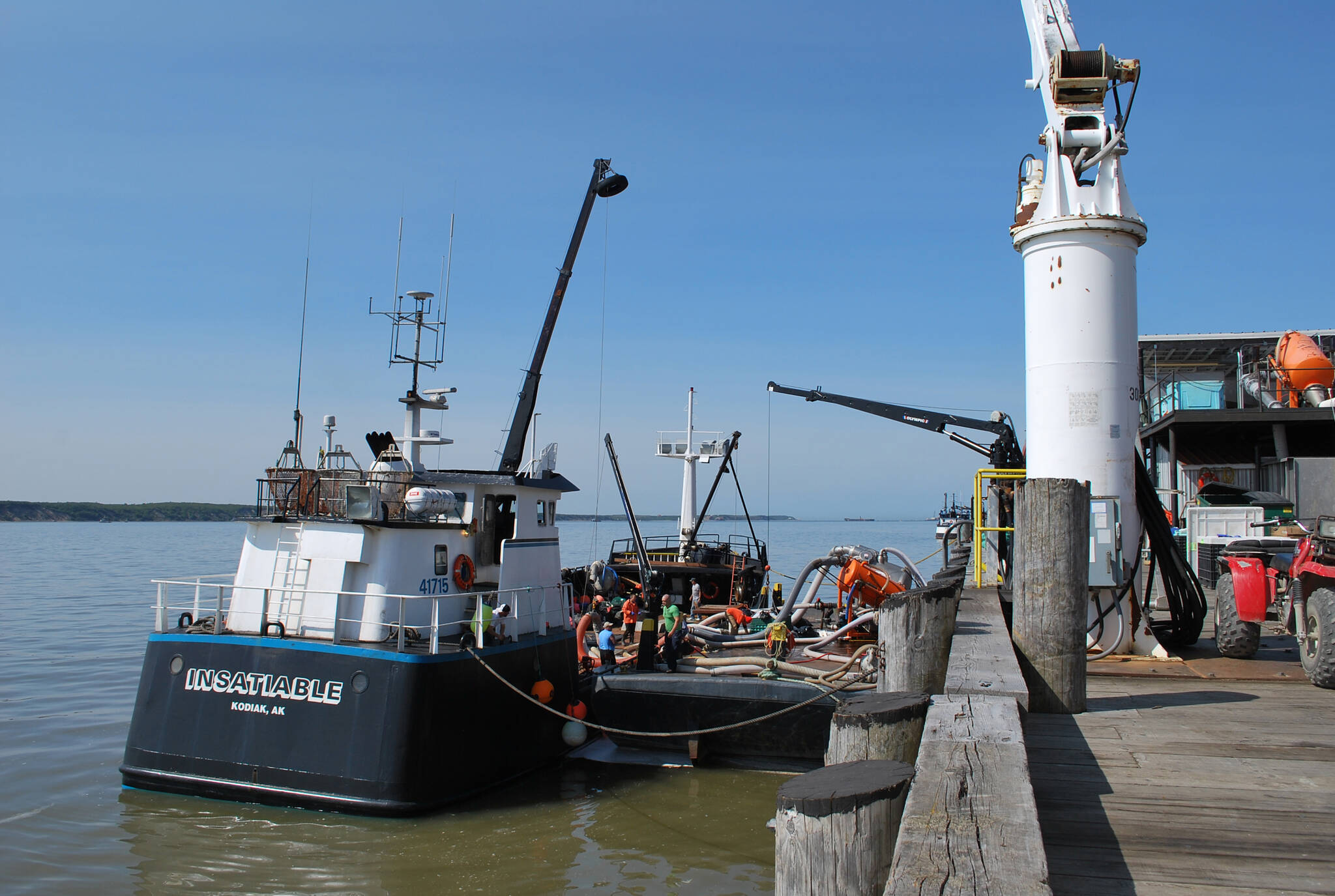 Alaska’s limited-entry commercial fisheries system may be pulling access to fisheries away from the coastal communities where they take place.

A series of research projects in the past decade has increasingly shown that limited-entry systems like Alaska’s commercial fishing permitting system or the federal-state individual fishing quota system are systematically pulling permits away from the coastal communities that traditionally depend on those industries. The most recent installment in that line of projects focuses specifically on Bristol Bay — today, the state’s most successful salmon fishery.

The report, commissioned for The Nature Conservancy, found that in the 46 years since Alaska’s limited-entry system went into place, residents in Bristol Bay’s rural communities now own 50 percent fewer permits. The decline is similar among younger permit holders, contributing to the overall trend: commercial fishing permit holders in the state are increasingly older and from regions other than where they fish.

Dr. Rachel Donkersloot, the lead researcher on the study, has been conducting research on the effects of limited-entry on rural communities since at least 2016, as well as on the increasing average age of commercial fishermen, known as “the graying of the fleet.” While limited-entry has served fisheries conservation well in the past five decades, she said she was focusing on the human impact of the system in this report.

“It’s very clear we need to do better,” she said. “How can we improve, and how can we change it?”

When limited-entry was established, the designers primarily focused on implementing a program that would keep more fishing power in the hands of Alaskans while creating a transferable permit system. Permits are freely transferable, though, which creates market value. Depending on the success of a particular fishery, permits can cost hundreds of thousands of dollars. On average, a Bristol Bay driftnetting permit cost more than $180,000 in 2021, according to the Commercial Fisheries Entry Commission.

That price creates a huge barrier for residents of rural communities, where cash income is limited. Gradually, those permits have made their way out of rural communities and increasingly into the hands of urban Alaskans and nonresidents. Limited-entry was passed in 1975; by 1983, 288 permits had already left the hands of Alaska Natives in Bristol Bay, a 21 percent decline, the report found.