Hawaii & Alaska
via The Cordova Times 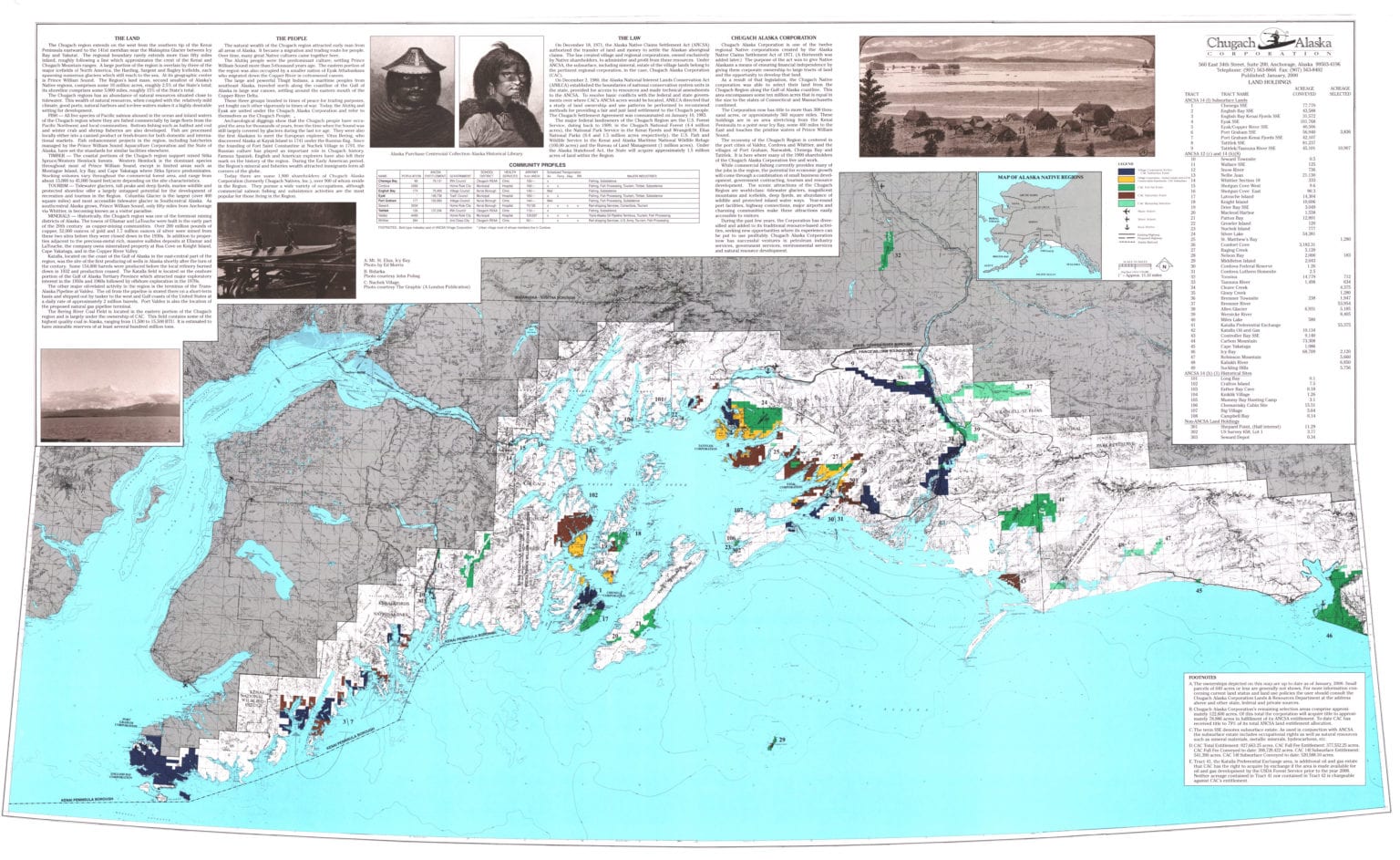 A proposed land exchange involving some 229,000 acres of Chugach Alaska Corp.’s subsurface estate began in earnest with the passage of an omnibus land act in Congress on March 12, 2019, but where it’s headed over the next two to 10 years remains unknown.

Some see the proposed exchange as a potential economic and cultural benefit to the Alaska Native shareholders whose ancestors have inhabited the area for thousands of years. Others feel that for environmental reasons these lands should be retired from potential development.

The omnibus legislation, the Dingell Act, includes a special section allowing for a land exchange. Such an exchange would, among other things, consolidate land holdings, resolving complex management issues CAC faces dealing with spit estates, where CAC owns the subsurface and the federal government owns the surface and has placed conservation easements on the land, said Josie Hickel, executive vice president of Alaska Native Claims Settlement Act and community affairs for CAC.

“In reality, the federal government cannot truly secure the land for conservation when Chugach owns the subsurface, which is the dominant estate,” she said.

CAC has been told, Hickel said, that the process to do an exchange could take at least two years, and perhaps more than 10 years. It depends on the complexity of the property, such as how much survey work has to be done, and other processes, she said.