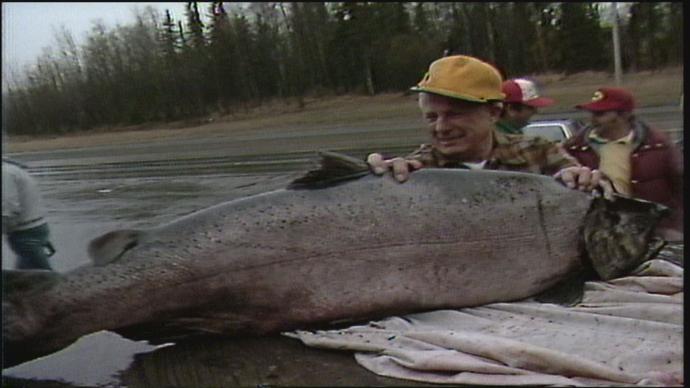 This May will mark 35 years since Les Anderson landed the world record king salmon on the Kenai River, and while much has changed in that time, most change in the past decade has not been good for Kenai king salmon.

A proposal before the Alaska Board of Fisheries aims to improve escapement of large late-run kings while still allowing anglers a chance to fish in-river.

Proposal 104 by the Kenai River Sportfishing Association would set an optimum escapement goal range 3,000 fish higher than the current sustainable escapement goal, revise and extend restrictions that would apply to both the commercial setnet fishery and the sport fishery, and create an option for the Department of Fish & Game to enact at 36 inch maximum sport size limit.

“Status quo isn’t working on the Kenai kings right now. We’ve seen numbers going down year over year in that fishery. We didn’t even meet the late season goals last year,” Ben Mohr, KRSA executive director said. “This proposal is seeing a lot of tension from both commercial and guided interests and other interests around the state. It’s purely a conservation measure. It doesn’t take from anybody without applying that to reestablishing this species and growing abundance so that we can have full, fat, open fisheries one day.”