Hawaii & Alaska
Waves from the Bering Sea splash up on a jetty on Friday, Sept. 16, 2022, in Nome, Alaska. Much of Alaska's western coast could see flooding and high winds as the remnants of Typhoon Merbok moved into the Bering Sea region. The National Weather Service says some locations could experience the worst coastal flooding in 50 years. (AP Photo/Peggy Fagerstrom) 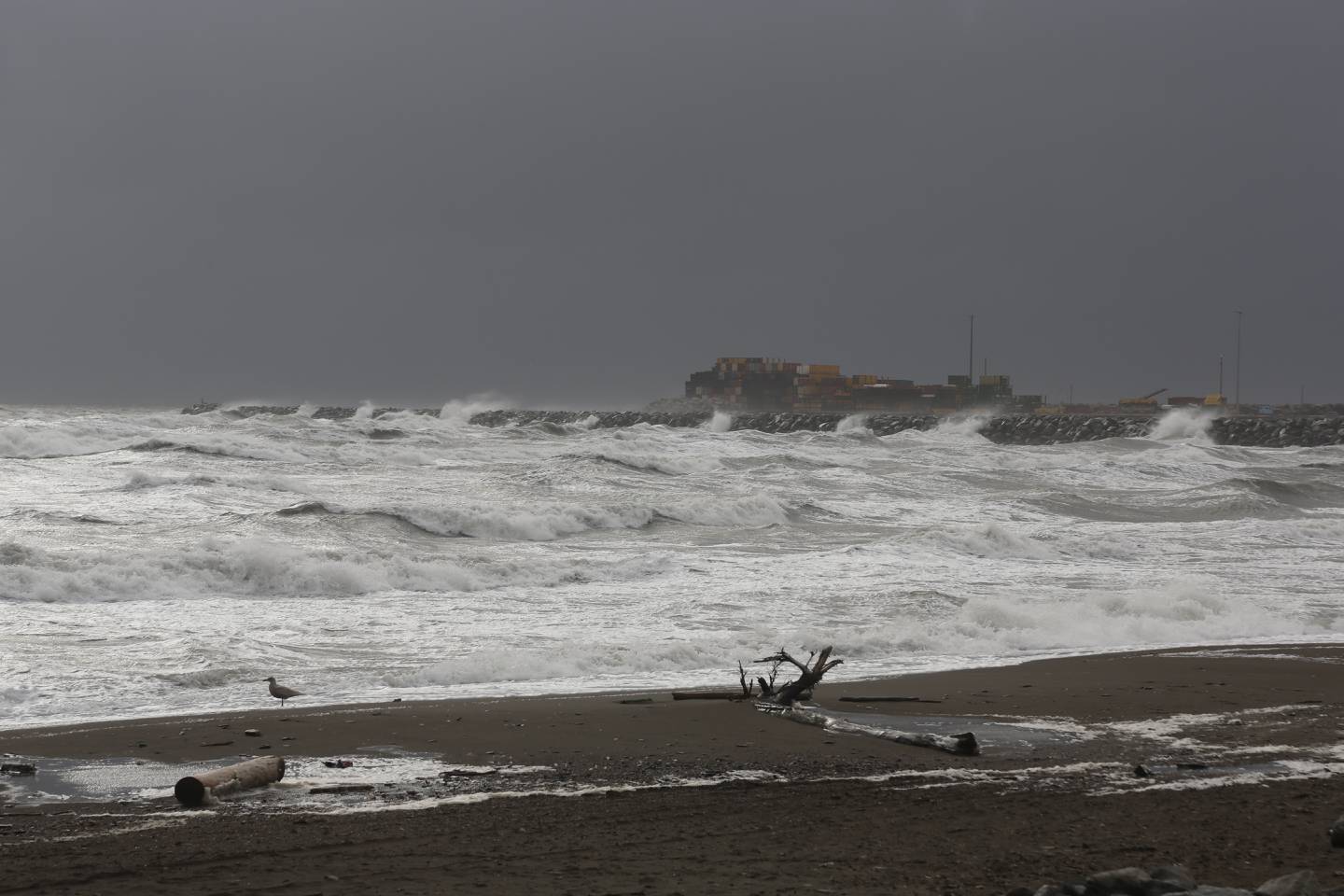 Storms aren’t unusual here, but Merbok built up over unusually warm water. Its waves reached 50 feet over the Bering Sea, and its storm surge sent water levels into communities at near record highs along with near hurricane-force winds.

Merbok also hit during the fall subsistence harvest season, when the region’s Indigenous communities are stocking up food for the winter. Rick Thoman, a climate scientist at the University of Alaska Fairbanks, explained why the storm was unusual and the impact it’s having on coastal Alaskans.

What stands out the most about this storm?

It isn’t unusual for typhoons to affect some portion of Alaska, typically in the fall, but Merbok was different.

It formed in a part of the Pacific, far east of Japan, where historically few typhoons form. The water there is typically too cold to support a typhoon, but right now, we have extremely warm water in the north-central Pacific. Merbok traveled right over waters that are the warmest on record going back about 100 years.

The Western Bering Sea, closer to Russia, has been running above normal sea surface temperature since last winter. The Eastern Bering Sea -- the Alaska part -- has been normal to slightly cooler than normal since spring. That temperature difference in the Bering Sea helped to feed the storm and was probably part of the reason the storm intensified to the level it did.

When Merbok moved in to the Bering Sea, it wound up being by far the strongest storm this early in the autumn. We’ve had stronger storms, but they typically occur in October and November.

Did climate change have a bearing on the storm?

There’s a strong likelihood that Merbok was able to form where it did because of the warming ocean.

With warm ocean water, there’s more evaporation going in the atmosphere. Because all the atmospheric ingredients came together, Merbok was able to bring that very warm moist air along with it. Had the ocean been a temperature more typical of 1960, there wouldn’t have been as much moisture in the storm.

How extreme was the flooding compared to past storms?

The most outstanding feature as far as impact is the tremendous area that was damaged. All coastal regions north of Bristol Bay to just beyond the Bering Strait -- hundreds of miles of coastline -- had some impact.