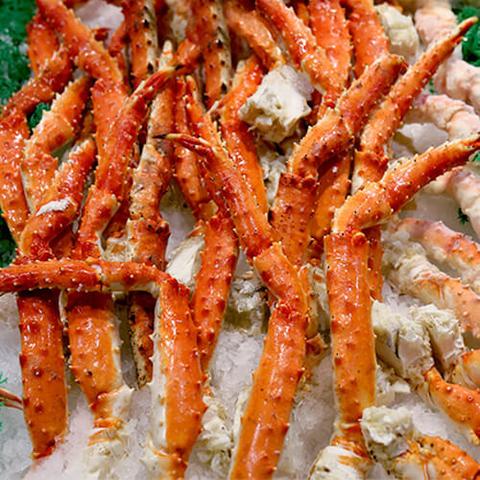 Commercial crab crews normally embarked on the Bristol Bay red king crab fishery are on the docks this October, with their fishery closed for lack of sufficient stocks, while federal fishery managers ponder how to restore the abundance required for the harvest to resume in coming seasons.

During its October meeting, held virtually because of the ongoing pandemic, the North Pacific Fishery Management Council voted to request an analysis on likely impacts of expanding the red king crab savings area through emergency rule to shift the northern boundary from 57° 00.0’ N to 57° 30.0’ N.

The council directed staff to assess the immediate conservation benefits for female red king crab and whether an emergency rule would improve the likelihood of a directed red king crab fishery in 2022 consistent with NOAA’s emergency rule criteria. The analysis must also include an evaluation of impacts such a closure would have on red king crab and other species catches and harvests of groundfish species to the extent possible.

Jamie Goen, executive director of the Alaska Bering Sea Crabbers, agreed that the analysis has to be done, but is concerned about the timing.  It will be a tight fit to get a regulation implemented to expand the red king crab savings area at the council’s December meeting in time to keep groundfish fisheries, which begin on Jan. 20, off of the critical crab areas, she said.  The Amendment 80 fleet will be fishing for yellowfin sole in an area where red king crab are molting and mating in January and that concerns her, although she said she is pleased that the council has begun moving forward in efforts to help the crab.

“In the bigger picture, we believe that fixed closures areas are not the best approach to reduce bycatch of prohibited species that are moving in response to changing environmental conditions,” said Chris Woodley, executive director of the Groundfish Forum, where he is responsible for promoting fishery regulation policies.  Woodley, a retired Coast Guard captain, said the Groundfish Forum is concerned with the ABSC request to increase the existing fixed closure area based on National Marine Fisheries Service summer 2021 survey.