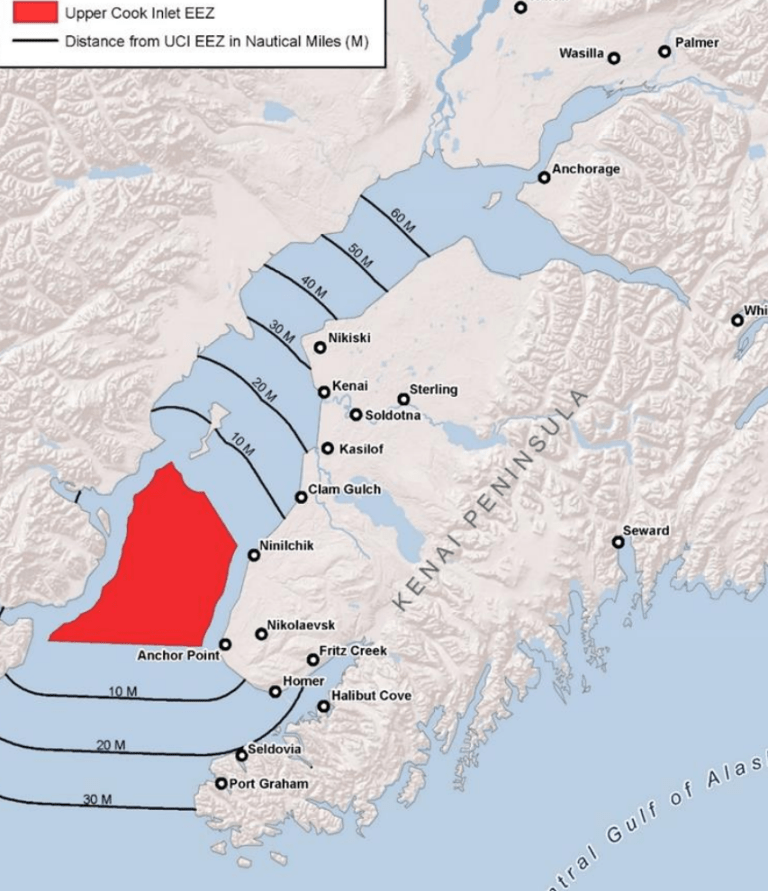 Commercial fishing in Upper Cook Inlet is facing a dismal future after the North Pacific Fishery Management Council moved to close a major swath of the central inlet this week.

The council moved to enact Alternative 4 of a proposed Fishery Management Plan for Cook Inlet, closing the Exclusive Economic Zone, or EEZ, in that area.

Fishermen would still be able to operate in state waters, including the shoreline and up to three nautical miles offshore, but the EEZ would be closed to all gear types. According to council analysis, about 20 percent of the total salmon caught in Cook Inlet come from that area, and a little less than half of the total drift fleet salmon catch.

The proposed FMP still has to be approved by the U.S. Secretary of Commerce, who oversees the National Marine Fisheries Service, but the council members say their hands are essentially tied because the state says it won’t participate in co-management of the fishery. The council members were under a deadline to pass something by the end of the year.

In 2012, the council passed an amendment to the Cook Inlet fishery management plan, or FMP, that officially delegated management to the Alaska Department of Fish and Game.