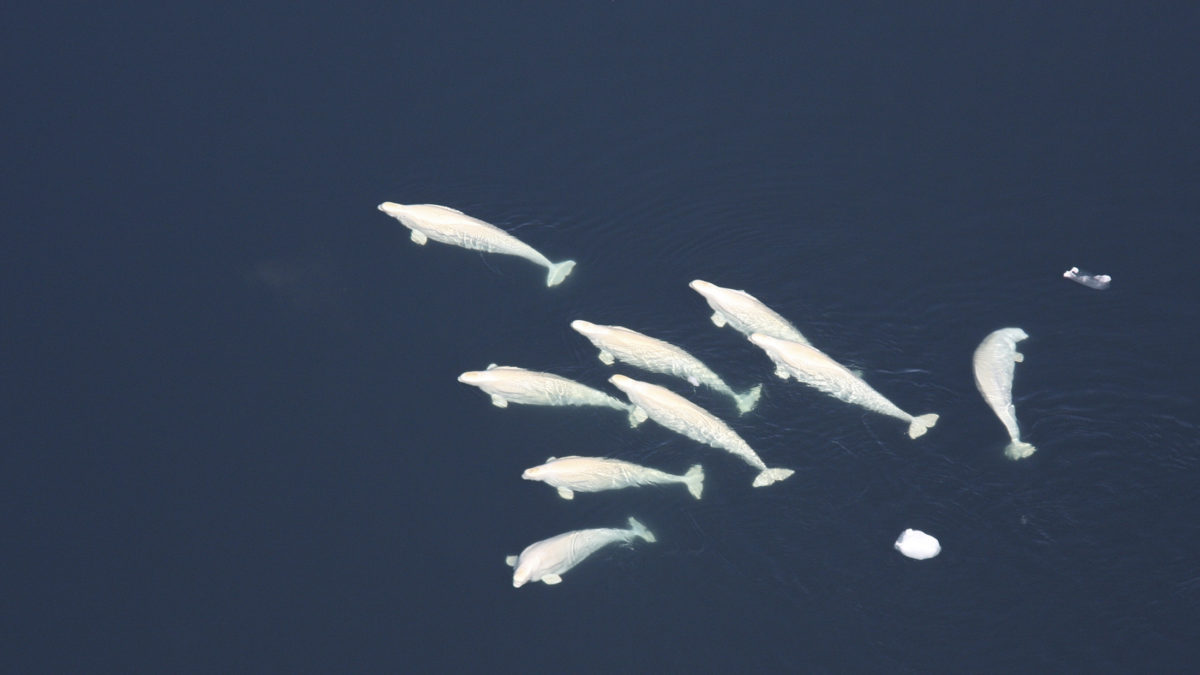 Today, NOAA Fisheries released its biennial abundance estimate for endangered Cook Inlet beluga whales. Scientists estimated that the population size is between 250 and 317, with a median estimate of 279. The population is estimated to be smaller and declining more quickly than previously thought.

Abundance estimates can vary from year to year due to a number of factors. These include births and deaths, changes in beluga behavior or distribution, and statistical variability in the data. However, over the most recent 10-year time period (2008-2018), the estimated trend in abundance is approximately -2.3%/year (estimated range between -4.1% to -0.6%), which is declining faster than the previous estimate of -0.5%/year (estimated range between -2.5% and +1.5%).

“These new abundance and trend numbers are concerning,” said Jim Balsiger, Alaska Regional Administrator for NOAA Fisheries. “They indicate that we still have a long way to go to recover this iconic and highly endangered population.”

The new abundance and trend estimates were developed by incorporating additional data and an improved methodology for analyzing the results of aerial population surveys. Agency experts devised a new group size estimation method and new criteria to determine whether certain data from aerial surveys could be used reliably. In the new report, abundance estimates dating back to 2004 have been adjusted using the new methodology.