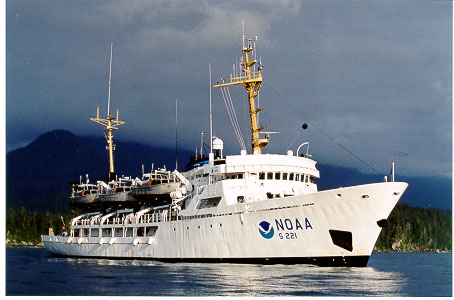 Right whales are so named because they are the “right” whale to hunt. They’re known for being slow-moving, and they float on the surface after being killed.

Jessica Crance is a Research Biologist at the Marine Mammal Lab at the Alaska Fisheries Science Center.

“And that decimated what was left of the population and brought them down to what we think are their current numbers.”

According to NOAA, there are about 30 members of the Eastern Group of North Pacific right whales left in the wild. They live in Alaska waters, and there are only a handful of sightings in a decade. But last month, survey vessels encountered two different groups of right whales, each with two different individuals. That may not sound like much, but those four whales make up over 10% of Alaska’s right whale population.