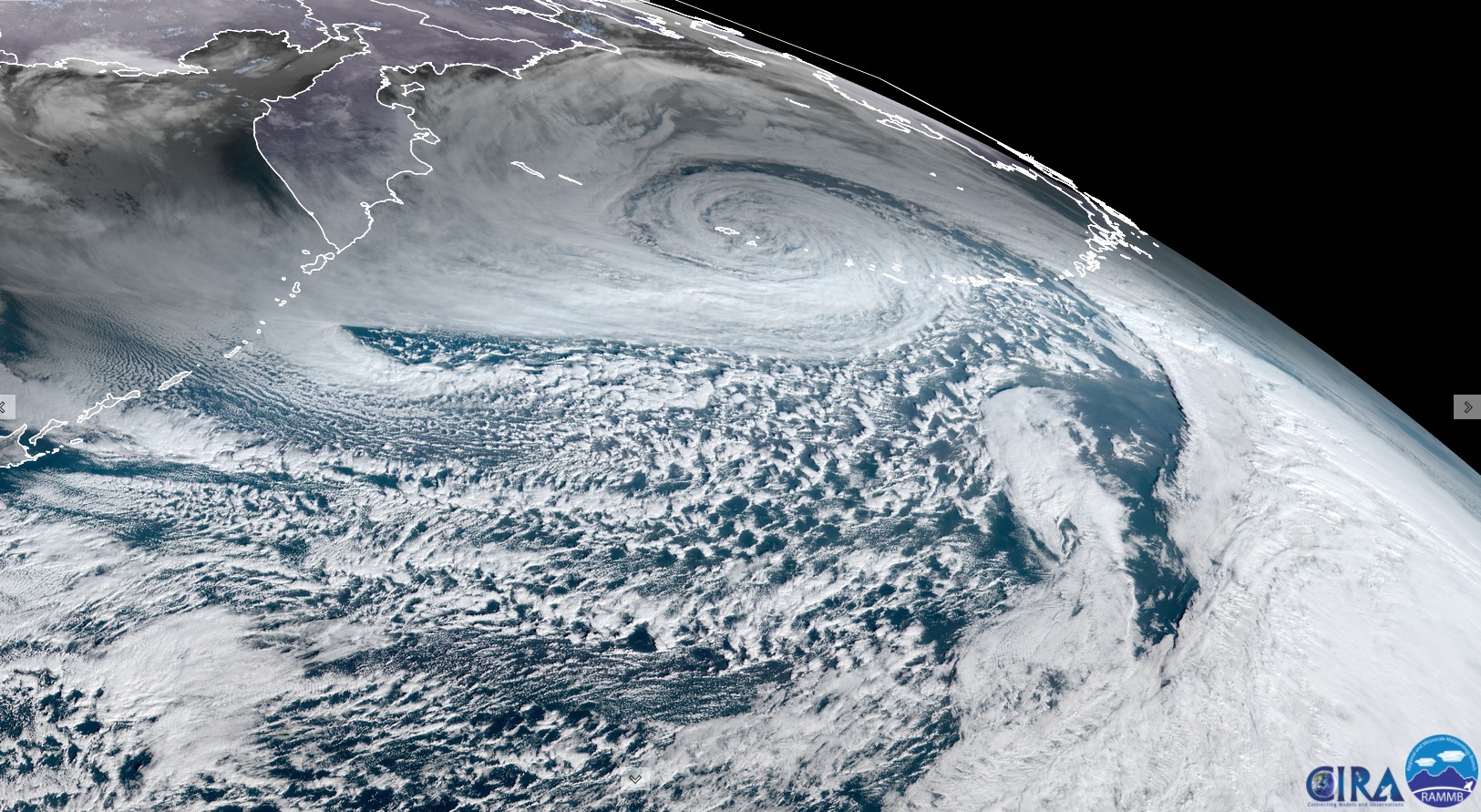 “It’s the most intense storm ever recorded in the North Pacific, excluding typhoons,” said Brian Brettschneider, a NOAA research scientist with the National Weather Service.

The center of what forecasters refer to as “bomb cyclone” was measured at a record-low barometric pressure of 921 millibars, equivalent to the eye of a Category 4 hurricane and the lowest documented over the Aleutians as far back as the 1950s, Brettschneider said.

The storm unleashed seas as high as 54 feet (16.5 meters) and winds topping 80 miles per hour (120 kph) – a force of Category 1 on the Saffir-Simpson hurricane wind scale – in the western Aleutians, the weather service said.

The storm was too far from large populated areas to pose a direct hazard to many people besides those traveling in the region by aircraft or vessel, Brettscheneider said.

The Aleutian island of Shemya with a small air station and a few personnel was in the epicenter of the storm, about 1,450 miles southwest of Anchorage, Alaska’s largest city. Most of the Aleutian Islands are uninhabited.