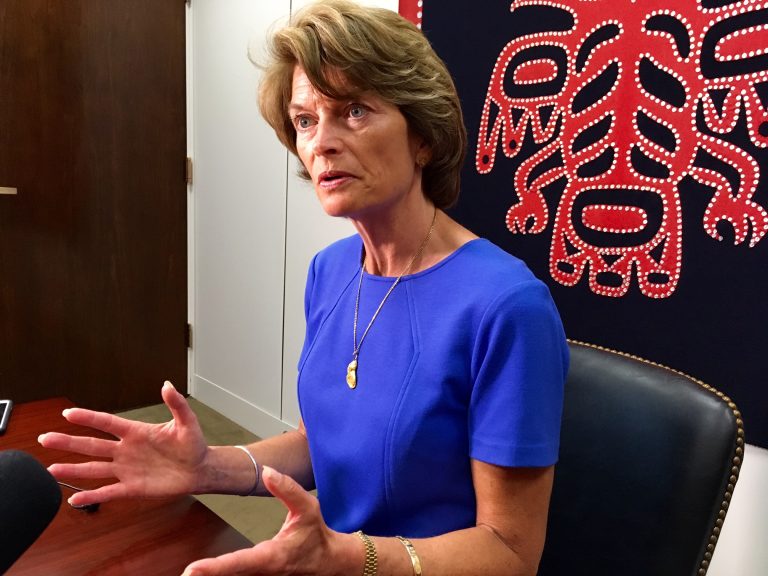 Opponents of the Pebble Mine are underwhelmed by Sen. Lisa Murkowski’s latest bill to fund federal resource agencies.

Murkowski has an opportunity to erect hurdles for Pebble, as chair of the Appropriations subcommittee that writes the annual bills to sustain Interior and environmental agencies.

She released the bill Tuesday, and she included a 240-word passage on Pebble in the report that interprets the spending bill.

“I just hope that there’s more to come from the senator,” said SalmonState director Tim Bristol.

He said Murkowski appears to have passed up a chance to demonstrate that she really meant what she said in October, when she called it the wrong mine in the wrong place.

“I think if we would’ve seen something that essentially recommended no spending be allowed in the next fiscal year to move forward with the Pebble project, that would’ve been a little more reassuring. But this doesn’t do that,” Bristol said. “It just seems to sort of describe the situation as it is right now.”