Hawaii & Alaska
An aerial view from a drone shows how close some of the homes are to the lagoon on Sept. 13, 2019 in Kivalina, Alaska. Credit: Joe Raedle/Getty Images 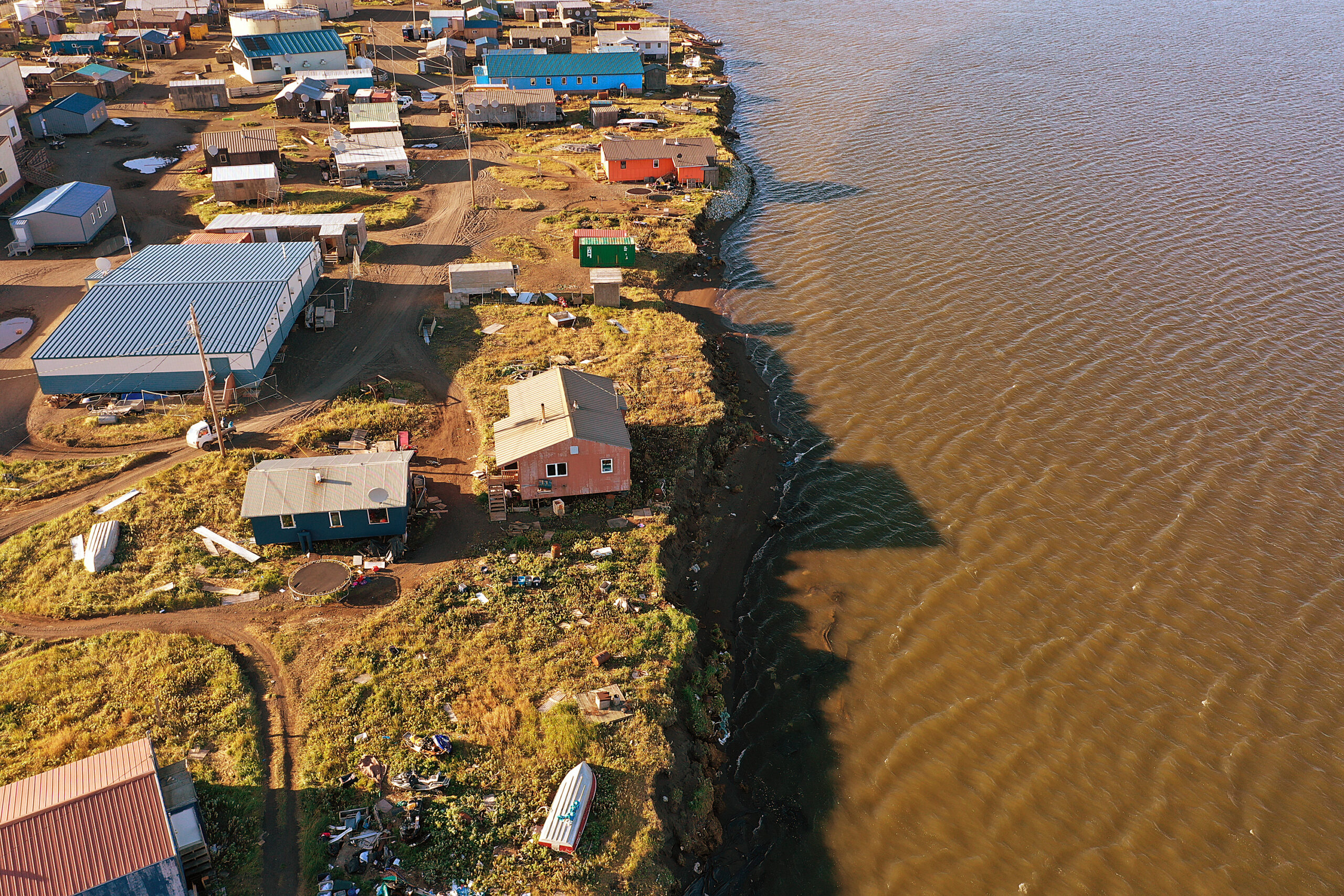 The tribes say federal agencies have failed to support their adaptation efforts, despite knowing for decades about sea level rise and climate change threats.

WASHINGTON—About 31 Native Alaskan communities face imminent climate displacement from flooding and erosion, which could lead cultures to disappear and ways of life to transform, with four tribes already in the process of relocating from their quickly disappearing villages.

The Kivalina, Shishmaref, Shaktoolik and Newtok, along with coastal Louisiana tribes, are among the most at risk of displacement due to climate change. But their efforts to move, according to tribal leaders, have been impeded by a lack of federal programs to assist in their relocation.

While there is no specialized federal program to assist in relocation efforts, the Federal Emergency Management Agency and the Department of Housing and Urban Development can help with specific projects like construction funding or affordable housing.

Native Alaskan villages often fail to qualify for FEMA programs because they lack approved disaster mitigation plans or have not been declared federal disaster areas, according to the Government Accountability Office. Many Native villages don’t qualify for relocation assistance from HUD because federal law does not recognize unincorporated Alaska Native villages in Alaska’s Unorganized Borough as eligible units of general local government. But the Unorganized Borough, which consists of those parts of the state that are not within any of its 19 organized boroughs, encompasses nearly half of Alaska’s land mass.