Hawaii & Alaska
Giant bags along the shoreline in Utqiagvik are intended to buffer against big waves and slow erosion. Construction of a rock revetment is planned. Photographed on June 25, 2022. (Marc Lester / ADN) 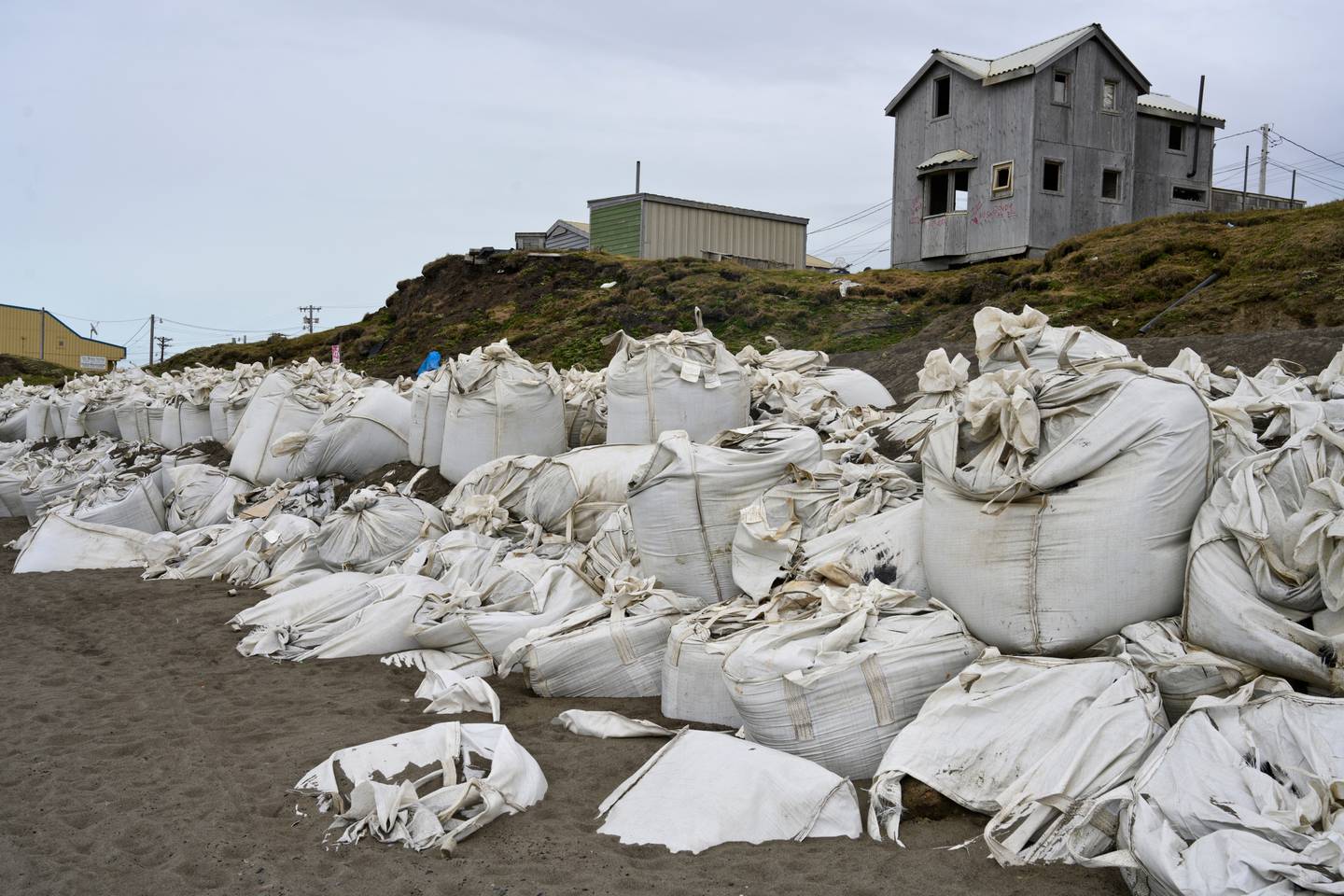 UTQIAĠVIK – Miranda Rexford-Brown walked atop the slowly disappearing sandy bluff between the Arctic Ocean and the house her father built. The late-June wind frazzled her hair as she looked out at the shore-fast ice and the approaching coastline.

“It gets our window wet,” Rexford-Brown said about the ocean. “And then the mist, it sprays our house.”

In Utqiaġvik, where the coast is eroding at some of the fastest rates in the nation, storms, flooding and thawing permafrost damage houses, roads and cultural sites. Ice forms later each year and storms are becoming longer and more severe.

To protect residents — as well as more than $1 billion worth of critical infrastructure, access to subsistence areas and historical resources — the U.S. Army Corps of Engineers is designing a 5-mile-long rock revetment along the coast and raising a road that follows the coast at the city’s northeast. The design for the first 0.75 miles of revetment is nearly complete and going through final internal reviews, said John Budnik, the Corps’ public affairs specialist for the Alaska District. A construction contract will likely be awarded before the end of the calendar year.

“In a matter of years, we’ve lost a number of ice cellars, sod houses, we had to move homes that were aligned to the bank before,” Brower said, pointing to five houses on top of the bluffs at the south end of town. “All of these homes had to be moved.”