Hawaii & Alaska
A decade ago, the west coast of Norway’s Svalbard archipelago was impassable by ships until May. Now they can navigate it as early as March, when this 2018 photo was taken. Photograph by Acacia Johnson 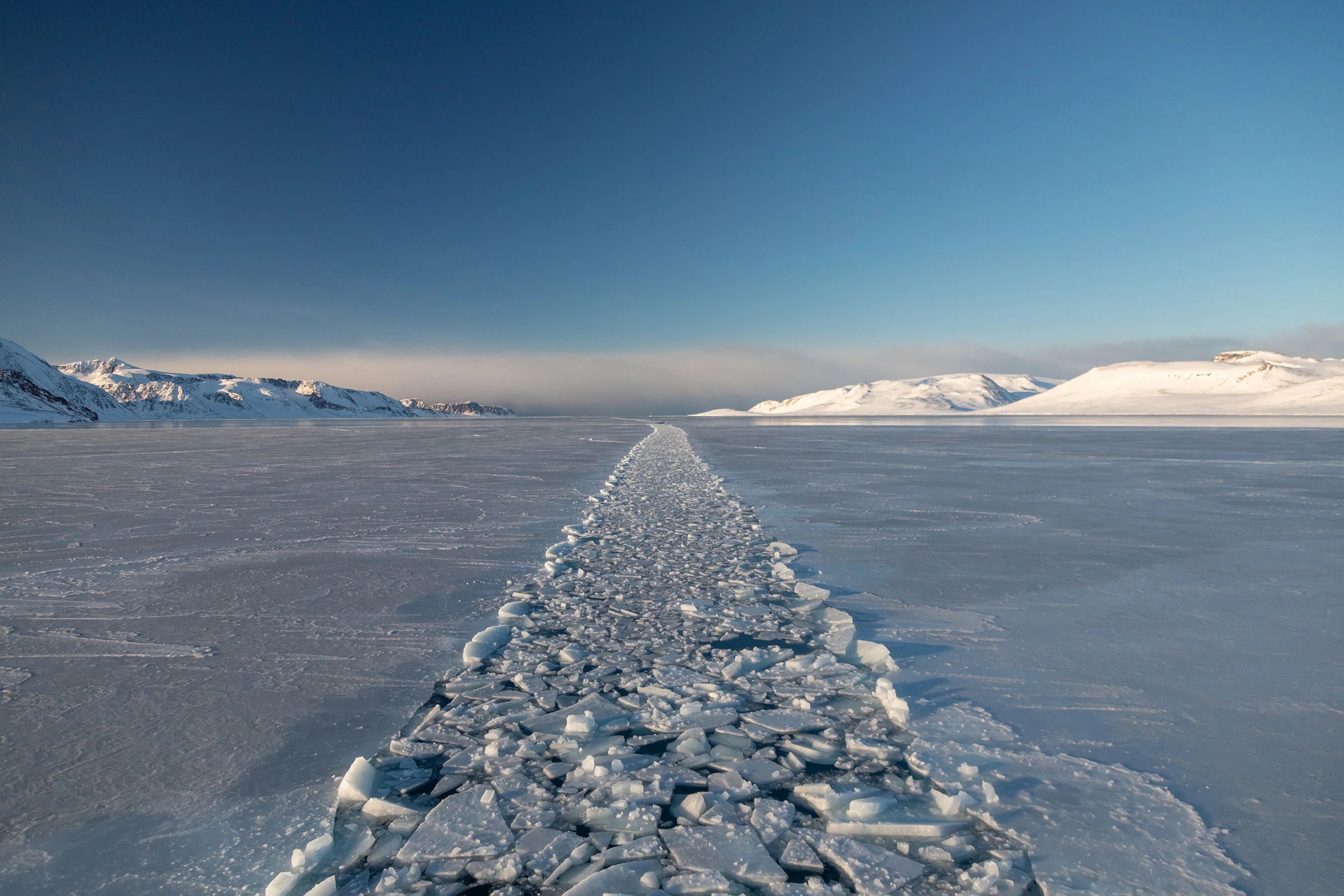 AK - How the Melting Arctic Will Both Hurt and Help Alaskans

Polar Paradox: The Melting Arctic Could Destroy Indigenous Ways of Life While Making Some Alaskans Rich

The city of Nome, on Alaska’s Bering Sea coast, has long been the home of adventurers, chancers, and the fiercely independent who would rather live off the land than do their shopping at Walmart.

Originally a native Inupiat settlement that was taken over by miners in the 1899 gold rush, it is perhaps best known as the end point of the celebrated Iditarod dogsled race, which is run every March in commemoration of an epic effort to deliver essential medical supplies during a 1925 diphtheria outbreakwhen bad weather prevented airplane access. To this day there are no roads connecting the settlement to the rest of the U.S., or to the rest of Alaska, for that matter. The options are dogsled, snowmobile, sea, or air.

Opting for the latter, I landed in Nome (pop. 3,699) in late September. As I waited for my suitcase, I struck up a conversation with a man who called himself Yukon John. The unusually long summer season had been a good one for the gold miner, he said. To prove it, he pressed a small, heavy-for-its-size plastic jar into my hands. It was full of granulated gold, panned from the mineral-rich sandbanks just offshore. Then he added a trio of thumb-size nuggets. That was just a tiny sample of his latest haul, he told me. Last spring the ice that usually locks the coast in an impenetrable shield broke up early, and if the previous year was anything to go by, it wouldn’t re-form until late fall. That gave Yukon John plenty of time to dredge for gold at his Bering Sea claim. The miner said he doesn’t spend much time thinking about global warming, but if climate change means more opportunities for hitting the sandbanks, well, “bring it on. The way I see it, we have to take advantage of whatever comes our way.”

Yukon John’s fortune could be Nome’s downfall. Without the protective sea-ice shield, winter storms batter houses and buildings along oceanside Front Street, blasting past the rock barriers and tearing up the pavement. Permafrost, the layer of frozen soil and ice that serves as the Arctic region’s bedrock, is starting to thaw because of rising temperatures, and the entire town is buckling in a slow-motion earthquake. Parts of the Nome airport runway have cratered, and houses slump at odd angles, their foundations propped up by cement blocks and wooden 4-by-4s stacked in Jenga formation. The loss of thick sea ice means the Indigenous groups that make up half the town’s population, and most of the surrounding communities, can no longer reliably hunt, harvest, or fish the foods that sustain them year-round. Meanwhile, unusual winter weather conditions—rain, wind, insufficient snow—have in recent years forced Iditarod dog mushers to reroute or stop early.