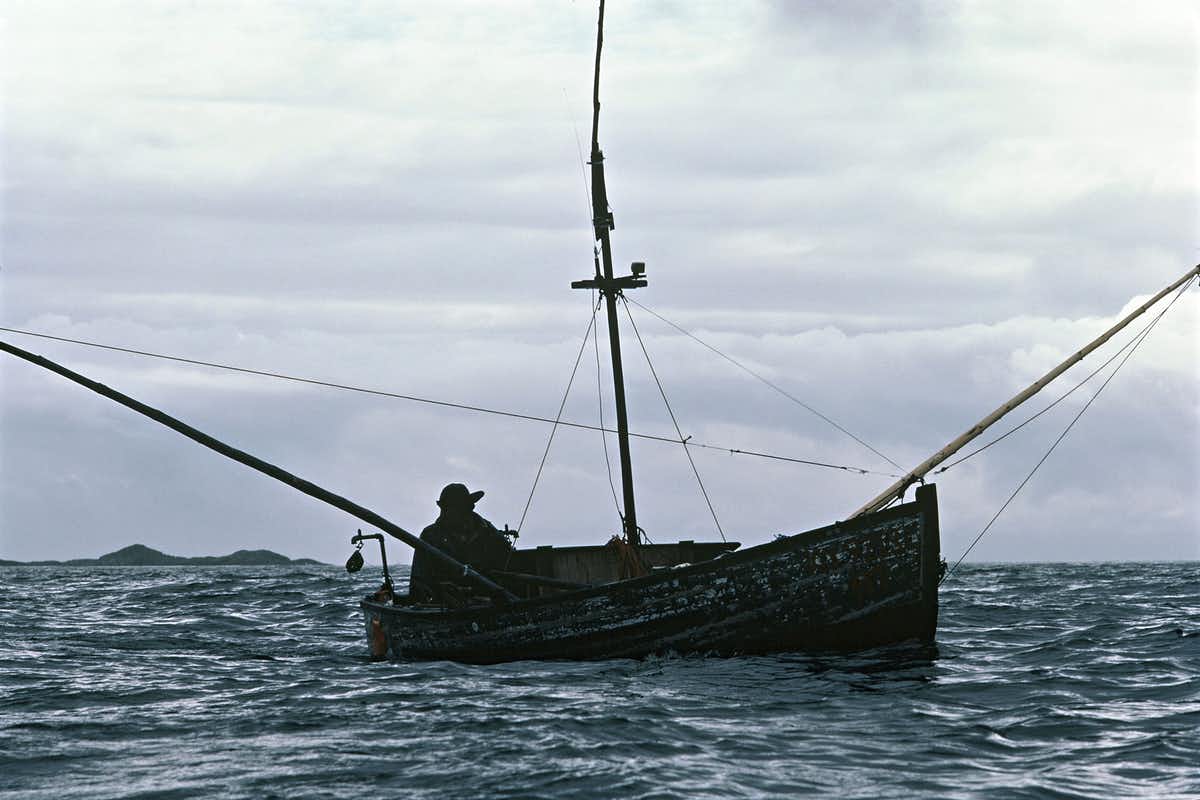 Northwest summers mean salmon on the grill. While Alaskans fill freezers with their own catch – our freezers are filled with enough salmon to last until next summer – those grilling elsewhere must buy either farm-raised salmon or wild sockeye salmon caught in Bristol Bay, Alaska.

Wild salmon return from the ocean to restart a life cycle that has persisted for millions of years. Wild Alaska sockeye (a favorite species of salmon) is caught over the course of a four- to six-week season, from mid-June through July, when the largest remaining wild salmon population returns to Bristol Bay.

These fish have been harvested by Alaska native peoples for thousands of years. Sockeye have been smoked, filleted, canned and frozen – and given, traded, sold and eaten – for generations.

But the fishermen, seafood processors and communities of Bristol Bay are under threat, and not for the first time. Bristol Bay carries painful memories of the 1918 Great Influenza, which devastated the local indigenous population. Now, the global economy has collapsed in the face of the COVID-19 pandemic, and the market for seafood, often eaten at restaurants, has collapsed along with it.

In response to COVID-19, the state of Alaska imposed restrictions on the industry, including quarantines and social distancing mandates. Salmon processors have also imposed their own rules to keep workers restricted to company grounds.

All of this means the processors of Bristol Bay’s salmon catch face higher costs and lower retail prices. This has resulted in a dramatic 48% fall in prices paid to fishermen for their catch.

Fishermen, who must own or rent expensive permits to participate in harvesting, maintain boats and equipment and pay crew, face being forced out of the fishery.

In the late 19th century, commercial salmon fishing first drew fishermen to Bristol Bay from what Alaskans refer to as “Outside.” The fishing was first done via sailboat.

Seafood companies owned the boats, hired the crews and towed them to the fishing grounds, allowing the industry to restrict who fished and where. This control prevented overfishing and protected profits.

Seafood companies resisted modernization of the fleet until 1951, when the introduction of powerboats led to a new arrangement with fishermen, who at that point shifted to working more independently from the processing companies that handled cleaning, filleting and packaging the fish.

Fishermen have informal relationships with processors, to whom they deliver their product before knowing the price they’ll be paid. They receive bonus payments after the season based on market conditions and practices they can adopt that affect fish quality, including chilling fish as soon as they are caught, bleeding them and handling them carefully to protect the quality of the fish.

Disagreements about fishermen safety, unionization or cooperatives, and conflicts about prices have existed as long as the fishery. Fishermen, suspicious that processors were colluding to hold down prices, sued in the early 2000s. Though the lawsuit was settled, skepticism persisted.

Money for inside Alaska and Outside

Today, Alaskans make up about half the 2,500 fishermen who flock to catch sockeye in a Bristol Bay salmon run. Of the US$250 million of fish that was caught in 2018, fishermen who call the remote Bristol Bay area home took just under 20% of the money paid to fishermen, with the rest of the money going to other Alaskans or fishermen primarily from Washington, Oregon and California.

While fish are caught by a mix of Alaskans and fishermen from Outside, they are handled, cut and processed by a workforce that’s decidedly more geographically diverse, from places as far away as Eastern Europe and Southeast Asia. Just a handful of processing jobs are performed by local residents.

Average total individual wages – around $8,000 for the season – for processing workers are higher than the median monthly household income in Bristol Bay but may also include room and board and other compensation in the self-sufficient canneries that spring up in Bristol Bay during the season.

Overall fishing activity provides millions of dollars in tax revenue annually to the Bristol Bay region, which has a total population of only a few thousand people.

Bristol Bay has always faced challenges based on the uncertain size of runs and external market competition. However, the structure of the market started to change significantly with the start of salmon aquaculture in Norway, with fish not caught by independent fishermen but raised by farmers in pens.

The volume of farmed salmon is not limited by nature, but rather by regulatory regimes and the ability of farmers to find fertile ocean. Conversely, Bristol Bay is not a factory, and wild production is influenced by myriad natural factors, including climate change. The fishery is managed for sustainability, and therefore cannot respond to a growth in demand for fish by increasing production.

The growing market share of farmed salmon has put pressure on Bristol Bay producers and fishermen, so the fishermen are now working together to protect the value and reputation of their product. Producers aim to maintain the catch’s value by marketing the fact that Bristol Bay sockeye are sustainably managed and not just organic but one of the last true wild food sources.

Recent years have been good for the fishery as it has seen record runs and harvests. At the same time, wholesale prices remained high for much of the last several seasons as processors shifted away from canning and toward higher-quality products like fillets. Fishermen have also captured more value from their catch through various quality bonuses for bleeding and better handling of their catch.

Yet the average size of fish caught has been trending downwards, forcing producers to adjust the types of products that can be produced. Larger fish are generally more valuable, as they can be turned into more, and higher-quality, fillets.

Is it worth it?

Fishing for Bristol Bay salmon has always been tough, not least because making your living on these cold northern waters is risky and sometimes deadly. The development of farmed salmon added to the challenge, but the wild industry was adapting, as fishermen tend to do.

And then the pandemic arrived.

This year, communities are trying to protect public health and their economies in the face of the coronavirus. Fishers traveling from outside the state must test and quarantine, and processors have implemented comprehensive testing for their workers traveling in from out of state. Fishermen and processing-plant workers have not been uniformly compliant with health mandates from state and local governments for social distancing and mask wearing.

[Get our best science, health and technology stories. Sign up for The Conversation’s science newsletter.]

As the run came to an end in mid-August, there have been 87 non-Alaska resident and 16 Alaska resident cases of COVID-19 in the Bristol Bay region. This is in the context of calls from some members of the community to shut down the fishery in response to COVID-19. It is unclear if these were detected because of more stringent controls by the industry, or the result of the fishery opening.

Fishermen wonder if the all the trouble is even worth their time. The reduction in demand has resulted in a dramatic fall in prices, making fishermen question whether they will break even.

And this happens at a time when farmed salmon is an ever-growing part of the industry. It is an open question what the long-run impact of this season will be, but in 2020 the average sockeye fillet on the grill in the lower 48 comes with a long history of conflict, cooperation and courage.

Brett Watson does not work for, consult, own shares in or receive funding from any company or organization that would benefit from this article, and has disclosed no relevant affiliations beyond their academic appointment.

Journalists and researchers have one thing in common: we seek the truth. I work with academics and scientists every day to communicate knowledge, discovery, and facts to readers like you who also care about evidence over opinion. If you think this is important – and I’m confident you do – please help The Conversation grow with a gift in whatever amount you can afford. Thank you.