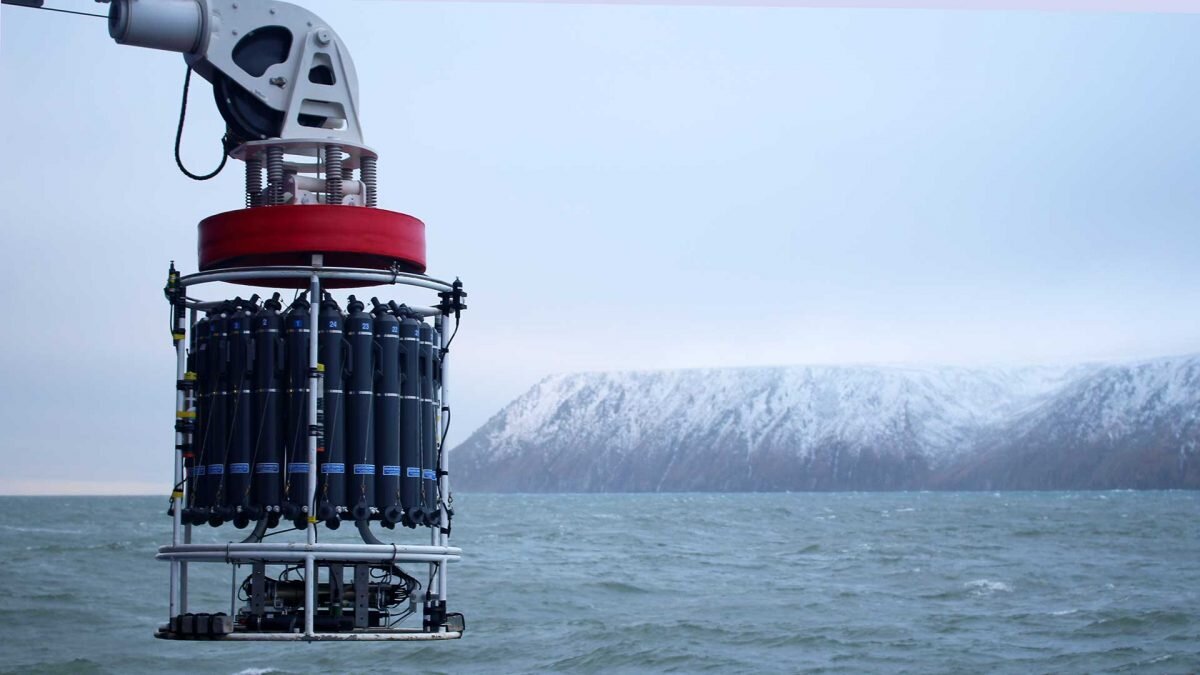 Changes in the northern Alaskan Arctic ocean environment have reached a point at which a previously rare phenomenon -- widespread blooms of toxic algae -- could become more commonplace, potentially threatening a wide range of marine wildlife and the people who rely on local marine resources for food. That is the conclusion of a new study about harmful algal blooms (HABs) of the toxic algae Alexandrium catenella.

The study, led by scientists at the Woods Hole Oceanographic Institution (WHOI) in collaboration with colleagues from the National Oceanic and Atmospheric Administration (NOAA) and other researchers in the U.S, Japan, and China, looked at samples from seafloor sediments and surface waters collected during 2018 and 2019 in the region extending from the Northern Bering Sea to the Chukchi and Beaufort Seas north of Alaska. The sediment samples allowed the researchers to count and map Alexandrium cysts -- a seed-like resting stage that lies dormant in the seafloor for much of the year, germinating or hatching only when conditions are suitable. The newly germinated cells swim to the surface and multiply using the sun's energy, producing a "bloom" that can be dangerous due to the family of potent neurotoxins called saxitoxins that the free-swimming cells produce.

Although microscopic algae in the ocean are most often beneficial and serve as the base of the marine food web, some species produce potent neurotoxins that can directly and indirectly affect humans and wildlife. When the Alexandrium cells are consumed by shellfish and some fish, those toxins can accumulate to levels that can be dangerous to humans and wildlife, resulting in the human syndrome called paralytic shellfish poisoning, with symptoms ranging from tingling lips, to respiratory distress, to death. In fish, toxin levels can be highest in digestive and excretory organs, such as the stomach, kidney, liver, but are very low in muscle and roe. The toxin can also cause illness and mortality of marine wildlife such as larger fish, marine mammals, and seabirds. This is of particular concern for members of coastal communities in northern and western Alaska who rely on a variety of marine resources for food.

"We've known about human and marine wildlife health risks associated with Alexandrium and its toxins in Alaskan waters for a long time, including occasional events north of Bering Strait, but these results show increased potential for large and recurrent blooms of this species as a new hazard for Alaska's Arctic," said Don Anderson, WHOI senior scientist and Director of the U.S. National Office for Harmful Algal Blooms, who led the study. "The rapid warming that we're seeing all across the Arctic is setting the stage for dangerous bloom events in the waters of western and northern Alaska that we formerly thought were too cold for significant germination and growth."

Alexandrium are part of a group of single-celled organisms found in oceans and lakes worldwide known as dinoflagellates, named for their flagella -- whip-like appendages that cells use to swim through the water. In their cyst stage, Alexandrium cells settle on the seafloor where they can remain inactive for decades, waiting for water temperatures to become favorable for them to germinate and take on their free-swimming form.

"As the climate has warmed, the significant and ongoing reduction in extent and duration of seasonal ice cover along the coast of western and northern Alaska has resulted in dramatic changes" said Bob Pickart, a WHOI physical oceanographer and co-leader of the project with Anderson. "These include warming temperatures due to local heating of ice-free waters, as well as an increased influx of warmer, fresher water from the Pacific flowing north through the Bering Strait region into the Chukchi Sea."

In addition, atmospheric conditions and less seasonal sea ice means organisms that rely on sunlight to grow, including Alexandrium, are able to thrive and multiply. As a result of this and related changes, the authors write in their paper, the Arctic Ocean ecosystem is witnessing an "unprecedented regime shift."