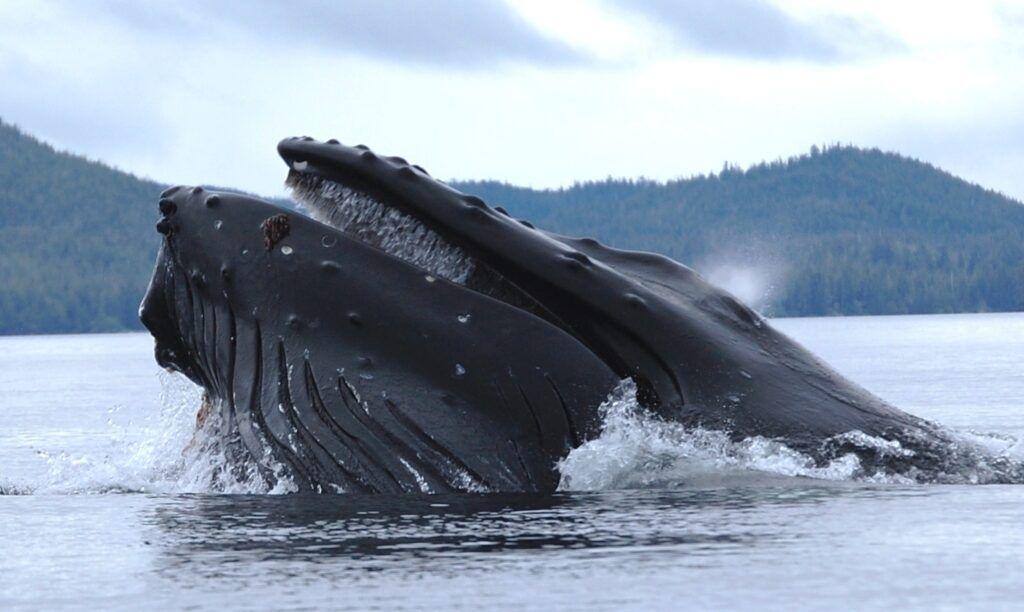 Alaska was the only U.S. coastal region to have an increase in the confirmed cases of large whales entangled in fishing gear in 2020, a contrast to a national trend of declining cases over the past six to eight years, according to a report issued Tuesday by the National Oceanic and Atmospheric Administration.

Of the 53 cases of large whales entangled in fishing gear nationally in 2020, 11 occurred in Alaska, according to the report, from NOAA’s National Marine Fisheries Service. The previous year, there were 75 confirmed cases of whale entanglements nationwide, with nine of them occurring in Alaska, according to a separate report for 2019 also released Tuesday by the fisheries service.

Humpback whales are relatively plentiful among the large whale species, the report for 2020 notes. “Humpback whales are found in all the world’s oceans and several populations have rebounded in recent years, so the frequency of entanglements seen in this species could be due to many factors, such as the increasing number of whales, a high degree of overlap in distribution of whales, growing coastal communities, and fishing effort, or a combination of these or additional factors,” it said.

The Central North Pacific stock of humpback whales, which accounts for most of the humpback whales found in Alaska waters, now numbers over 21,000, rebounding from a low of 1,400 in 1966, according to the Alaska Department of Fish and Game.

The 2020 entanglement statistics might be skewed by the COVID-19 pandemic, the report cautioned. There were fewer fishing vessels operating that year, but there were also fewer people on the water to observe and report entanglements, the report said.

In general, the reported statistics are likely an understatement of the risks that large whales face from encounters with fishing gear, which can kill the animals or cause serious injuries such as amputations, the report for 2020 said. “Importantly, confirmed entanglements underestimate the true number of entangled whales, as many entangled whales go undetected,” it said.