Hawaii & Alaska
An aerial view of a work camp in the area of the proposed Pebble Mine in Iliamna, Alaska, seen on Tuesday, August 27, 2013. (Bill Roth / ADN archive) 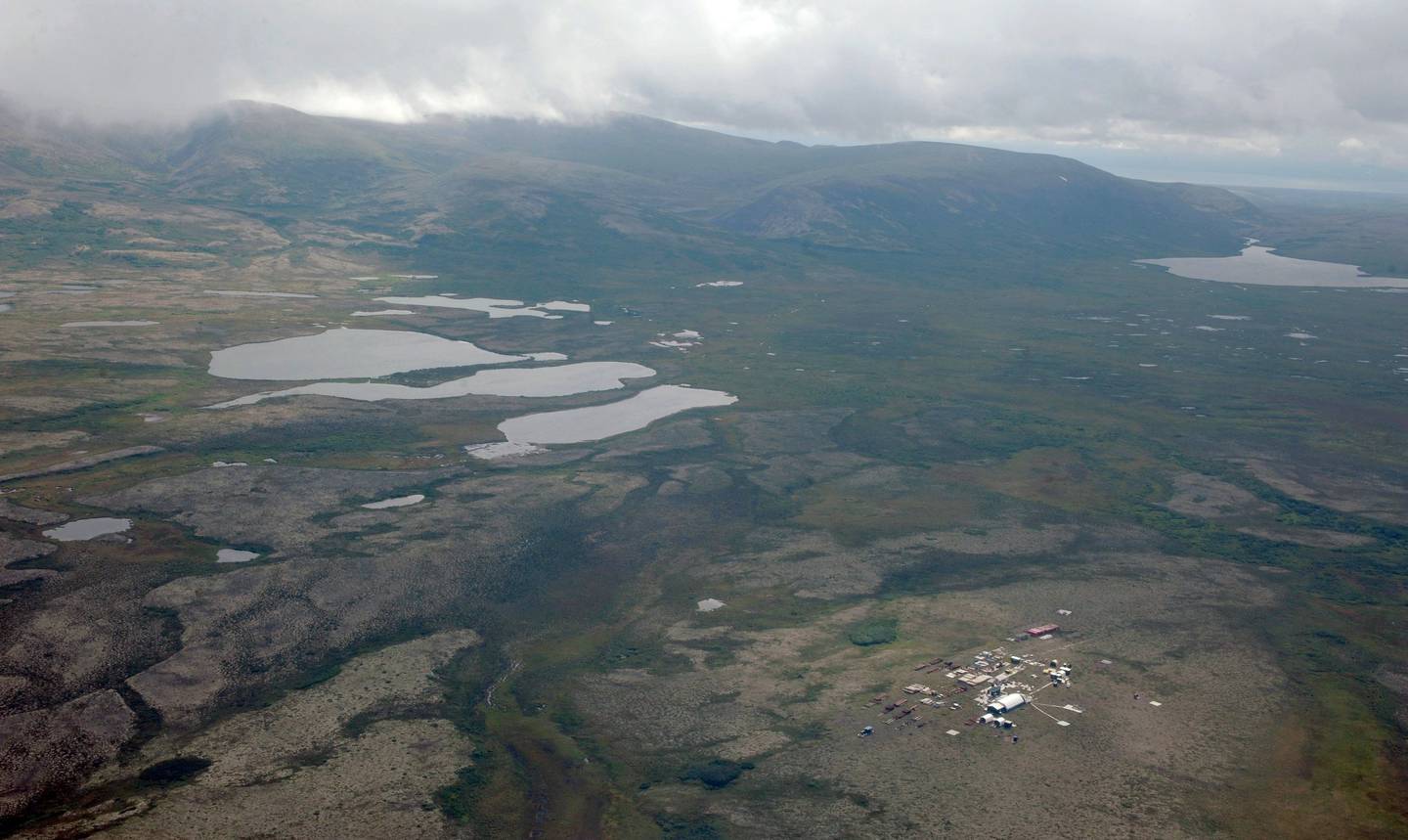 The Environmental Protection Agency on Thursday moved to deal a major blow to the proposed Pebble mine, a large copper and gold prospect in a salmon-rich Southwest Alaska region that has been hotly contested for more than a decade.

Casey Sixkiller, the administrator for the EPA’s Pacific Northwest region that includes Alaska, recommended the agency stop the mine from being built under a rarely employed agency action called a “veto,” setting the stage for a final decision from EPA headquarters by February.

The EPA has said the mine, if built, would be among the world’s biggest open-pit copper mines, and would destroy about 100 miles of stream that support salmon habitat, through the release of “dredged or fill material,” essentially rock or gravel, in the mining area. That would cause “unacceptable adverse effects” to fishery areas in a watershed of “unparalleled ecological value,” the agency has said, supporting its special action.

“If affirmed by EPA’s Office of Water during the fourth and final step, this action would help protect salmon fishery areas that support world-class commercial and recreational fisheries, and that have sustained Alaska Native communities for thousands of years, supporting a subsistence-based way of life for one of the last intact wild salmon-based cultures in the world,” Sixkiller said in a statement Thursday.

Mine opponents have long called for the EPA action, and say it is unlikely to be overturned and could close the door on the project. Those groups celebrated the news on Thursday. Pebble’s developers and its supporters, however, decried the announcement and asserted it would be illegal. The state of Alaska is poised to sue the agency if it finalizes the veto, Republican Gov. Mike Dunleavy’s office said in a statement after Thursday’s announcement.

Alannah Hurley, head of the United Tribes of Bristol Bay, urged the Biden administration in a statement to finalize the decision to veto the project. She and other opponents have argued that pollution from the mine will destroy the fishery.

“After twenty years of Pebble hanging over our heads, the Biden administration has the opportunity to follow through on its commitments by finalizing comprehensive, durable protections for our region as soon as possible,” Hurley said. “We look forward to reviewing the EPA’s Recommended Determination in greater detail to ensure it achieves the goal of protecting our people and region from the threat of the Pebble Mine.”

“Our fishermen were able to deliver 59 million wild sockeye to the market — something that isn’t happening anywhere else in the world,” Katherine Carscallen, director of Commercial Fishermen for Bristol Bay, said Thursday, calling the announcement “an important step towards finalizing urgently needed protections for the region.”

Supporters say the mine can coexist with the fishery without harming it, and that it could open a region of Alaska that contains minerals worth hundreds of billions of dollars, creating new jobs and helping the state’s struggling economy.

In a prepared statement on Thursday, Pebble Limited chief executive John Shively asserted that an EPA veto will be illegal.

“Congress did not give the EPA broad authority to act as it has in the Pebble case,” Shively said. “This is clearly a massive regulatory overreach by the EPA and well outside what Congress intended for the agency when it passed the Clean Water Act.”

Pebble Limited in September warned that legal action may follow if the EPA finalizes the veto.