Hawaii & Alaska
A detailed map of the proposed Pebble Mine in Alaska's Bristol Bay. U.S. Army Corps of Engineers map 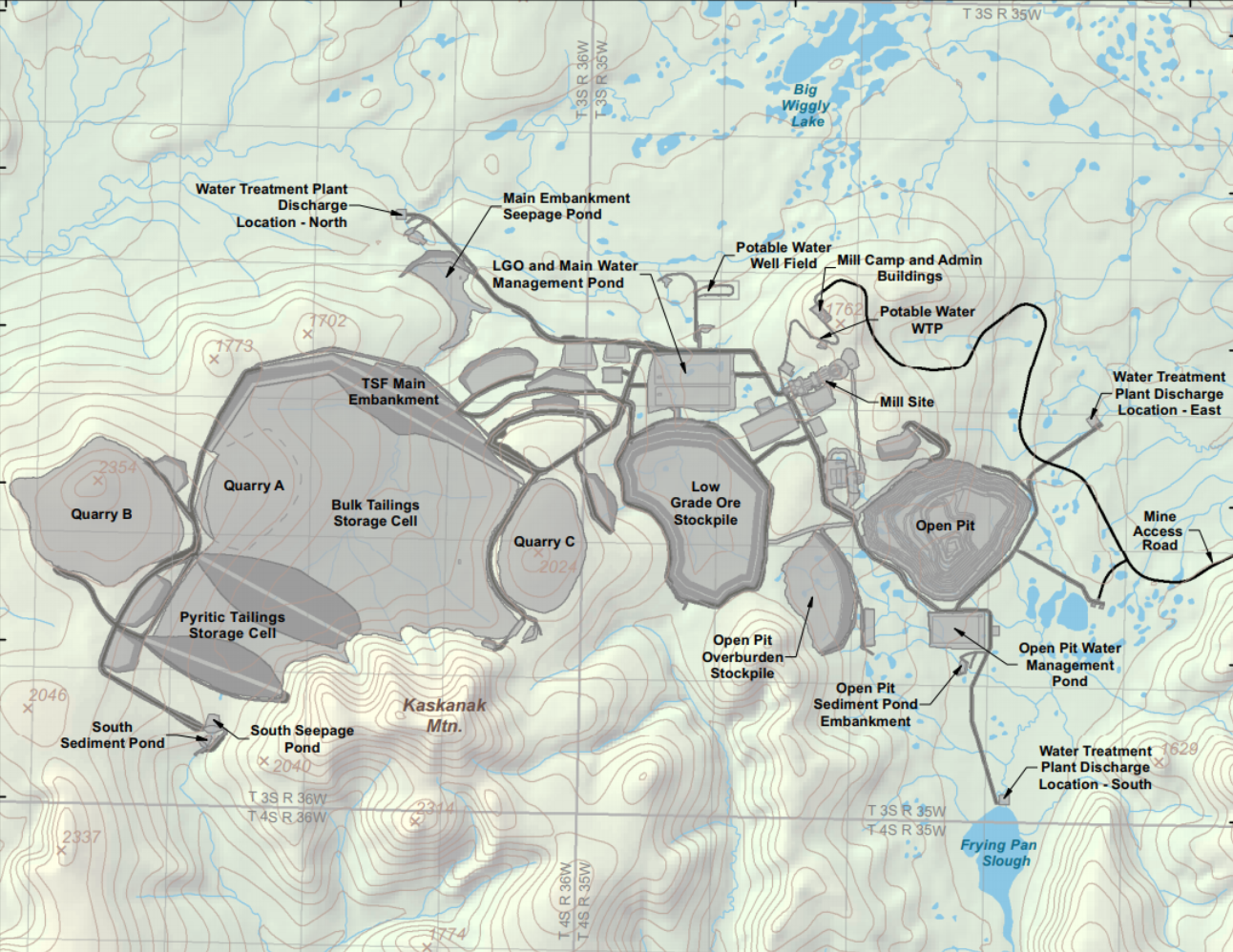 ANCHORAGE, Alaska (KTUU) - Thursday a wide array of Alaska Native, commercial fishing, and sportfishing groups issued statements criticizing the U.S. Army Corps of Engineers’ Final Environmental Impact Statement for the proposed Pebble Mine after copies of the document were delivered to interested parties via USPS a day before its publication in the Federal Register.

The Final EIS is not a decision on whether the Pebble Partnership will receive the permits it needs to move forward with the mine, but rather it is a scientific document the Army Corps and U.S. Coast Guard will use to make permitting decisions.

The version of the project USACE deemed to be the “Least Environmentally Damaging Practicable Alternative” includes a mine site with a footprint of 8,390 acres, a transportation corridor with 82 miles of road along the northern end of Lake Iliamna, a port near Diamond Point on the west side of Cook Inlet and a natural gas pipeline from the Diamond Point port across Cook Inlet to near Anchor Point.

The minerals of the Pebble Deposit were first discovered in 1988 by Cominco Alaska, but the company discontinued work on potential development of the deposit in 1997, the EIS states. The rights were acquired by a subsidiary of Northern Dynasty Minerals, Ltd. in 2001, and in 2007, Northern Dynasty formed Pebble Limited Partnership after more exploratory drilling revealed the size of the deposit.

The conflict over the mine stems from whether or not the mine and infrastructure needed to develop it can be done without damaging the salmon fishery of Bristol Bay. The area supports the subsistence lifestyle of the region’s residents, the largest commercial sockeye fishery in the world, a highly regarded sport fishery and a total salmon fishery that the Alaska Department of Fish and Game valued at $306.5 million in 2019.

The Final EIS states that the project would employ approximately 2,000 people during the 2-3 year phase of construction, then employee 850 people annually on average through the 20-year operation of the mine.

Despite the promise of economic contributions to the state, a broad coalition of groups and individuals oppose the mine because of the environmental damage it would cause if developed, and the threat of a catastrophic failure of a dam that would store acidic mining waste.

Read also Can Wild Salmon and the Pebble Mine Coexist? / Hakai Magazine