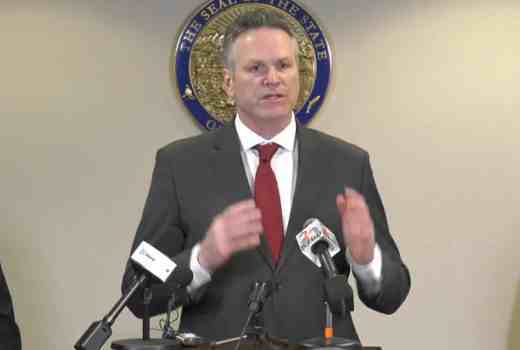 Pebble mine fight continues as Alaska Governor joins the fray on behalf of the mining company.

(Anchorage) – Alaska Governor Mike Dunleavy announced Friday that the Alaska Department of Law will file an administrative appeal with the United States Army Corps of Engineers (USACE), Pacific Ocean Division, over the Alaska District’s decision to deny the 404 permit for the proposed Pebble Project in Southwest Alaska.

“The flawed decision by the Alaska District creates a dangerous precedent that will undoubtedly harm Alaska’s future and, any potential project can fall victim to the same questionable standards,” said Governor Dunleavy. “We have to prevent a federal agency, in this instance, the Alaska District of the Army Corps of Engineers, from using the regulatory process to effectively prevent the State from fulfilling a constitutional mandate to develop its natural resources.”

“The Alaska District’s decision has far-reaching and ominous implications for our rights as a state to develop our resources for the benefit of all Alaskans, whether its mineral deposits like Pebble, or oil and gas on the North Slope, or other resources anywhere in the state,” said Department of Natural Resources Commissioner Corri Feige. “The Alaska Constitution specifically directs us to develop our resources in the public interest. When a federal agency arbitrarily tries to deprive us of our rights with the stroke of a bureaucrat’s pen, we simply must challenge that action.”

“This appeal asks the Army Corps Pacific Ocean Division to remand the permit decision back to the Alaska District for a more thorough review consistent with the law,” said Acting Attorney General Ed Sniffen.  “The Division ignored Corps’ long-standing guidance that required it to tailor mitigation requirements to recognize Alaska’s unique position of holding more intact wetlands than any of the lower 48 states combined. Instead, the Division is requiring mitigation measures that are simply impossible to meet in Alaska.”

The 404 permit, required under the federal Clean Water Act, is a necessity for any natural resource development project to move forward. The state believes the decision was based on flawed conclusions and usurped the entire public interest review process.