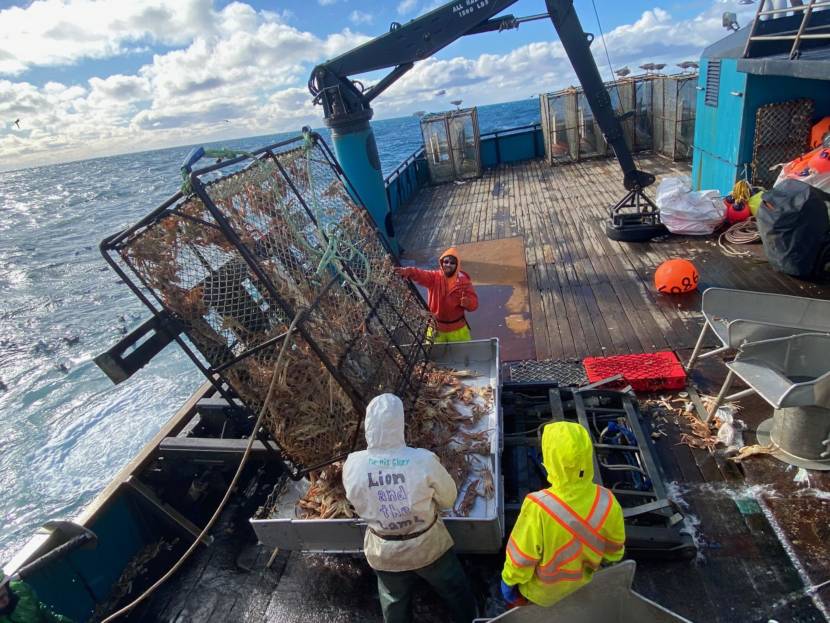 Gabriel Prout is a second generation Bering Sea crab fisherman from Kodiak; he owns the F/V Silver Spray with his dad and brothers. He said there’s one big problem with the current process for handing out fishery disaster funding.

“If you’re going to have a fishery disaster request program, you should be able to make it so the money is getting into the hands of those affected very quickly,” said Prout.

Right now, it takes years for money to reach skippers and their crews.

After a governor requests a disaster declaration, it needs to be approved by the U.S. Secretary of Commerce – and Congress needs to appropriate funding. The money goes through several agencies on its way to fishermen, who have to apply for a slice of it. And most fishermen have to figure out how to stay in business years before the money hits their bank accounts.

Wait times for subsistence fishermen can take even longer. And in the meantime, it costs money to stay tied up at the dock.

Bering Sea crabbers like Prout are following the process closely.

“Right now, the big hurdle is it’s sitting with the [U.S.] Secretary of Commerce and waiting for her approval to sign off on it,” he said.

Jamie Goen is the executive director for the Alaska Bering Sea Crabbers – that’s a trade organization that represents the fishery. This year is the second in a row that the king crab fishery is closed, but she says the first-ever snow crab closure is devastating.

“People are still in shock. It’s been a lot to digest as far as what comes next,” said Goen.

About 60 vessels go out for Bering Sea snow crab each year. Goen said skippers and crew still have bills to pay, and without some sort of rapid relief, many won’t make it to the next season.

“We’ve been telling Congress that we need money within 6 months to a year for these small businesses to be able to weather this,” she said.

Bering Sea crabbers aren’t the only ones waiting on the current system. Earlier this year, the U.S. Secretary of Commerce approved more than a dozen disaster requests for fisheries in Alaska, spanning the years 2018 to 2021.

At the same time, improving the current fisheries disaster funding process has gotten attention from policymakers, but climate change has made that conversation more complicated.

The Arctic is warming more quickly than other parts of the world – that includes coastal Alaska. Researchers don’t know for sure what caused the snow crab population’s collapse, but they think warming ocean waters caused by climate change had something to do with it.