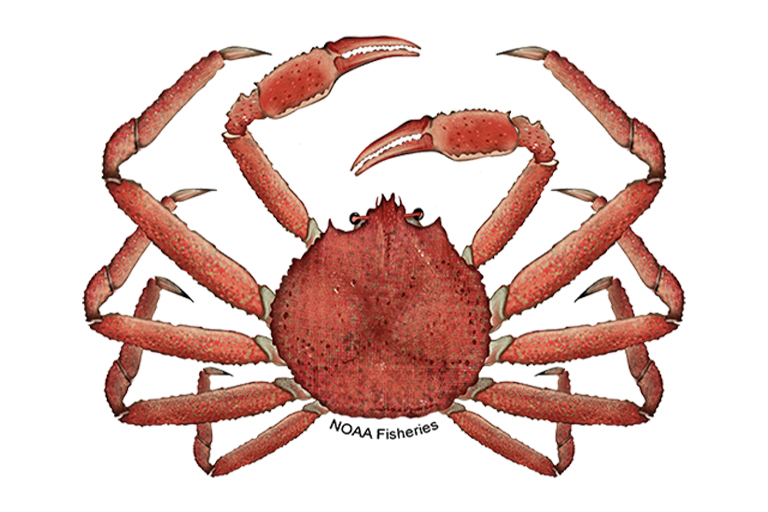 In October 2022, the National Oceanic and Atmospheric Administration (NOAA) announced that the lucrative snow crab fishery in the Bering Sea would close for the first time, following a population decline of 80% between 2018 and 2022.

The disappearance of billions snow crabs from the Bering Sea has captivated the world’s attention since Alaska shut down the fishery for the first time in October 2022. But where exactly did these snow crabs go? And what caused them to vanish so quickly?

Scientists are still grappling with these questions, but climate change is the most cited hypothesis for the species’ retreat. Erin Fedewa, a research fisheries biologist at the National Oceanic and Atmospheric Administration (NOAA), said the decline of the species, Chionoecetes opilio, coincided with a marine heat wave that swept through the Bering Sea between 2018 and 2019, which possibly caused the species to experience starvation, increased disease or predation.

Some fishers and crab experts put forward a different idea: They’ve suggested that fishing, particularly the unintentional capture of crabs in fishing gear known as trawls, also contributed to the loss of the snow crab, or at the very least, impeded the species’ recovery from low population levels.

The snow crab fishery’s closure has amplified a chorus of concerns around Alaska’s trawling industry — mainly from within the fishery sector itself — and the knowledge gaps around its potential impact on fisheries.

Jamie Goen, executive director of the Alaska Bering Sea Crabbers, a nonprofit trade organization, said this year’s shutdown of the snow crab fishery, which is worth up to $200 million in annual revenue, has been “devastating” for crab fishers.

She said that while she anticipated the shutdown of the red king crab (Paralithodes camtschaticus) fishery in Bristol Bay this year and last year due to the population’s gradual decline, the snow crab fishery closure was “a big shock.”

Not so long ago, things looked different for snow crabs. In 2018, Bob Foy, the science and research director of NOAA’s Alaska Fisheries Science Center, an institution that collects data on marine resources to help ensure the sustainable use of stocks, reported that a survey had “documented one of the largest snow crab recruitment events biologists have ever seen.” (Recruitment is the addition of individuals to a species’ population.)

News of this “record high” led many fishers to invest financially in the upcoming crab seasons, Goen said.

“They made investments and took out loans with banks, and now everything’s collapsed, and those banks still want their payments,” Goen said. “I think some companies are going to go out of business and go bankrupt and have to sell their boats.”

Fedewa, who has been conducting bottom trawl surveys of snow crabs for four years as a fisheries biologist at NOAA, said she and other scientists observed a decline between 2019 and 2021, but that no one expected the population to drop further in 2022.

“We thought this stock had hit rock bottom in 2021,” Fedewa said, “but the larger individuals — mature females and the large males — actually declined even more from 2021 to 2022.”

Warmer temperatures are thought to substantially impact snow crabs because they rely on “cold pools” under the sea ice to take refuge from predators. But a 2020 studyled by Fedewa found that during warmer years, these cold pools constricted in size, providing less space for the species to take shelter.

“When you have a lot of crab and a small amount of space, you start to be concerned about density-dependent processes, like predation, disease, starvation, and those are key hypotheses that could potentially explain this decline,” Fedewa said.

Data collected by the University of Southern California also showed snow crabs shifting their distribution, migrating north toward the Bering Strait over the past four decades.

Ray Hilborn, a marine biologist and fisheries scientist at the University of Washington, agrees with the theory that the marine heat wave led to the snow crab decline.

“When something like this happens, I say, ‘What’s different?’” Hilborn told Mongabay. In this case, he said, what changed was the marine heat wave, which may have led the snow crabs to starve.

“We had this big period of warmth and a very high recruitment of snow crab,” he said. “And the physiological calculations suggest that the metabolism of the crabs [was] about twice as high with that warmer water [and scientists make] the case that they basically ran out of food.”