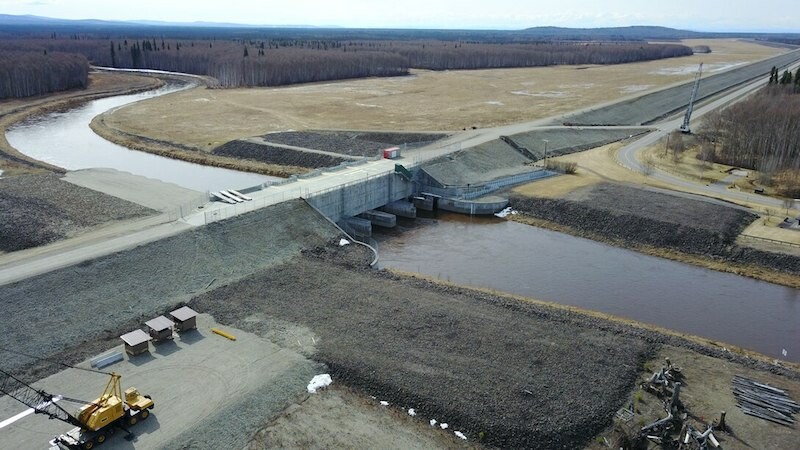 In its largest civil works project in more than 30 years, the U.S. Army Corps of Engineers – Alaska District will begin reinforcing a portion of the Chena River Lakes Flood Control Project’s eight-mile-long earthen dam by spring 2022.

On Aug. 23, the district awarded the main construction contract valued at about $36 million to Bauer Foundation Corp., Odessa, Fla.

The work involves constructing 6,200 linear feet of mix-in-place concrete barrier wall to depths of up to 65' at Moose Creek Dam near North Pole, Alaska. Referred to as a “mega project,” strengthening the dam will increase the path of seepage into the Tanana River during high-water events. The first construction phase is scheduled to be completed by January 2024. The entire estimated value of this project is about $148 million.

“Moose Creek Dam is a vital asset to the greater Fairbanks community,” Col. Damon Delarosa, district commander, said in a Corps statement announcing the award. “Bringing this engineering technology to Alaska allows us to address the risks of aging infrastructure and extend the life of the dam for many years to come.”

In 2019, a dam modification study recommended the construction of a mix-in-place barrier wall along the dam embankment. The new barrier wall will prevent groundwater from coming to the surface in the immediate area downstream of the dam and creating erosive features that jeopardize its integrity. The dam will continue to operate and regulate the flow of the Chena River as needed while the project is underway. The goal is to minimize impacts on public access to nearby recreation areas during construction. Preparation work including installation of utility and communication lines is already underway.

Since 1979, Moose Creek Dam has regulated the flow of the Chena River to not exceed 12,000 cu. ft. per second in downtown Fairbanks during high-water events. These operations have prevented hundreds of millions of dollars in damage throughout its operational history. The Chena Project was constructed in direct response to the 1967 flooding of Fairbanks that caused an estimated $80 million in damage.

The Chena mega project will be the largest Corps civil works construction effort in Alaska since the completion of the Snettisham Hydroelectric Project near Juneau. In 1989, construction of the second phase of that effort was completed for a total cost of $133 million.