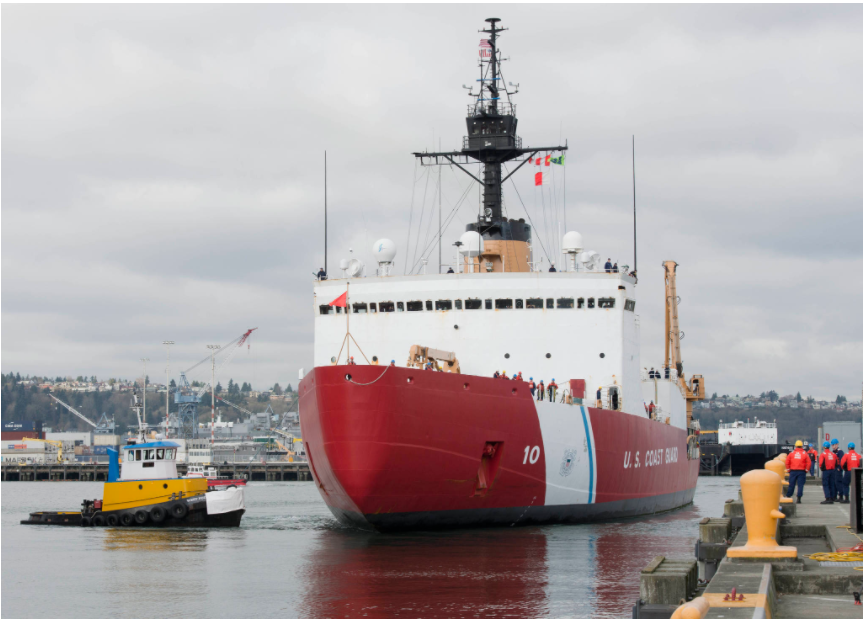 Congress paid for a second new heavy icebreaker among its year-end spending flurry and also helped Nome move one step closer to having a place to moor it.

Inside the federal budget portion omnibus spending package that also included the second round of COVID-19 aid money and Sen. Lisa Murkowski’s energy reform bill is $555 million for the U.S. Coast Guard to spend on another icebreaker, or a polar security cutter in Coast Guard parlance.

Sen. Dan Sullivan said in a press briefing following the passage of the bills that the funding is proof that the Alaska delegation’s years of effort to focus more attention on the nation’s Arctic are paying off.

That was also partly borne out in the annual water resources and infrastructure bill portion of the omnibus legislation that approves port and harbor development and maintenance spending nationwide.

“We killed it in that bill,” Sullivan said.

The 2020 water development bill authorizes $379 million for the federal share of a long-sought deep-draft port in Nome among other projects in the state.

While Congress still has to actually appropriate the money, Sullivan said he’s confident that will happen within the next couple years. The 2018 version of the legislation authorized the U.S. Army Corps of Engineers, which is leading the project, permitted the agency to engineer and design the roughly $600 million expansion of Nome’s current port.