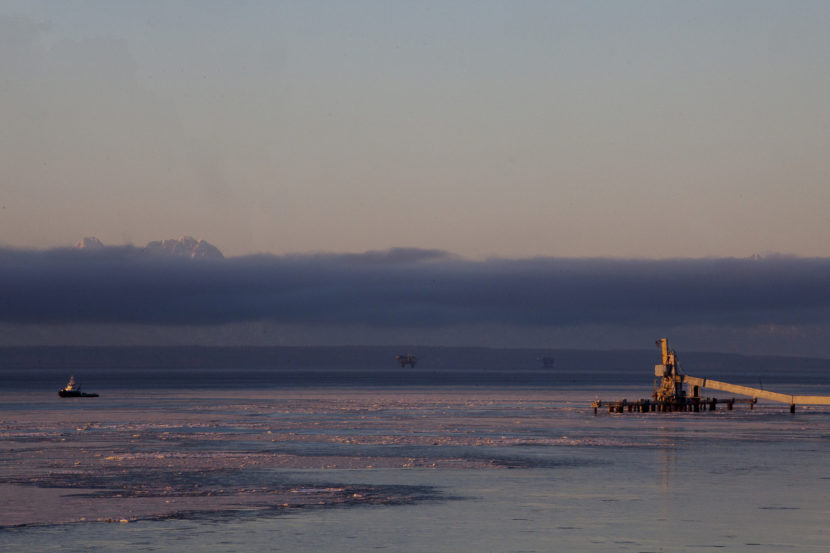 AK - At federal forum, Alaskans weigh in on future of oil and gas

Oil and gas leasing on federal lands and waters is on pause. That includes a sale in Alaska’s Cook Inlet that was originally slated for later this year and is now suspended indefinitely.

At the same time, the federal government is reviewing its energy program and gathering input from industry experts, environmental advocates and tribal leaders across the country. Several representatives from those groups, including two from Alaska, weighed in on the program at an Interior Department forum Thursday.

Nicole Borromeo, executive vice president and general counsel of the Alaska Federation of Natives, said that while Alaska Native communities are on the front lines of climate change, the federation also acknowledges the oil and gas industry is a boon for the Alaska Native workers it employs.

“Alaska natives do not operate in an either/or space when it comes to the nation’s energy policy,” Borromeo said. “We favor both traditional and emerging forms because a combination of both best serves our state and our people.”

In Alaska, the National Petroleum Reserve and a large swath of Cook Inlet are both part of the federal oil and gas program.

Earlier this year, the federal government halted an upcoming lease sale in the inlet in response to an executive order from the Biden administration, geared toward addressing climate change. Alaska and 12 other states are suing the Biden administration for that decision, while some environmental advocates are petitioning the government to block offshore leasing for five years.

Interior Secretary Deb Haaland said the government needs to take a long view at its management of public lands and waters.

“The pause on new oil and gas lease sales give us space to look at the federal fossil fuel programs that haven’t been meaningfully examined or modernized in decades,” she said.