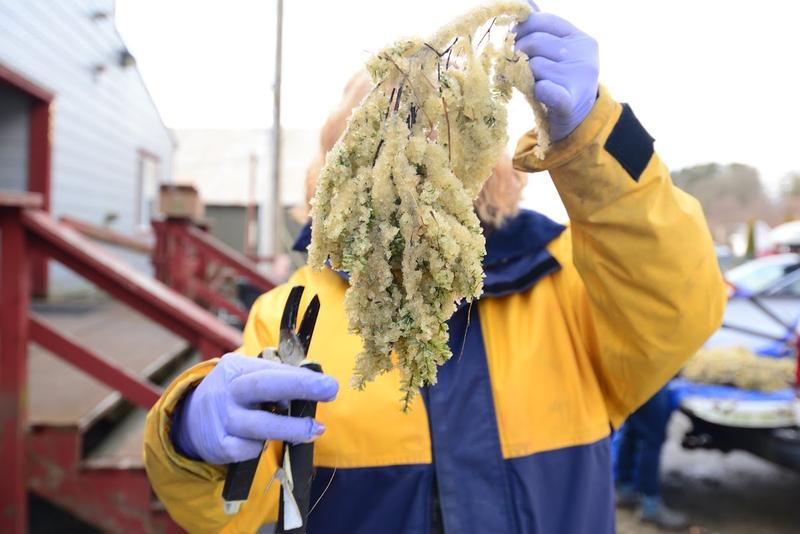 After two seasons without a commercial fishery, herring stocks in Sitka Sound are on the rebound, according to state scientists tracking the data.

But subsistence users are skeptical: What herring there are in the Sound seem to be both thinly distributed and moving farther out of reach, suggesting that stocks remain stressed.

Sitka’s commercial herring fishery never opened this past spring, and several factors contributed. In an industry where size matters, the fish were too young and too small for seafood markets in Asia.

By early March, most processors had decided that a fishery wouldn’t pencil out. Then, the global coronavirus pandemic disrupted markets completely, ending any possibility that there would be a harvest. Nevertheless, state biologists believe the herring biomass is rebounding.

She says that surveys in 2019 suggested large increases in the number of eggs and fish. That year, just over three-quarters of the fish in Sitka were 3-year-olds — still too small to attract seafood buyers, but a good indicator that subsequent years would be better. Dressel says 2020 brought some improvement in the stock — just not enough.