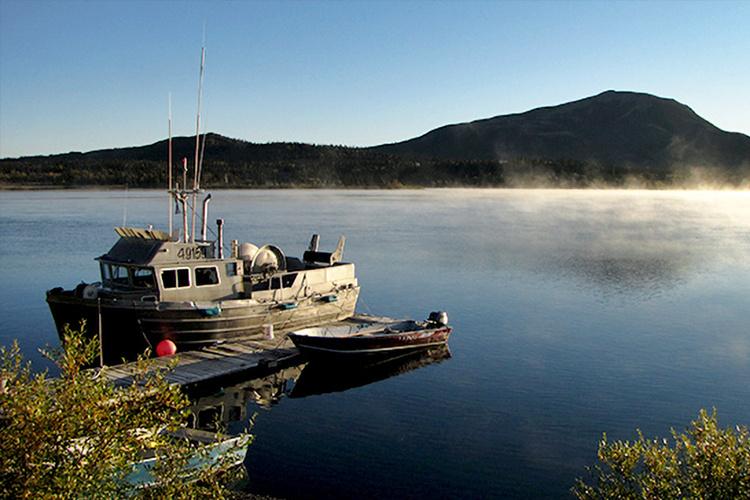 The tiny fishing fleet from St. Paul is losing the fight for halibut, up against factory ships that throw away more of the valuable fish than the Indigenous fishers are allowed to catch.

Each year in mid-June, Father John, dressed in long black robes, heads to the small boat harbor on St. Paul, a tiny island of 500 souls in the middle of the Bering Sea. It’s the start of the fishing season, and the Blessing of the Fleet is a community affair, an opportunity to give best wishes to the fishermen heading out into the unforgiving northern waters in search of halibut.

The island’s small, independent fishing fleet of only 15 vessels needs all the help it can get: Far offshore, factory trawlers targeting other fish species net and chuck overboard as waste millions of pounds of the valuable fish each year. “They’re killing our halibut,” says St. Paul fisherman Myron Melovidov, who fishes with his grown sons.

Pacific halibut are flat and bottom dwelling, and can weigh hundreds of pounds. About 20 years ago, the population started taking a dive, and St. Paul fishermen—as well as halibut fishermen across Alaska—faced increasing cuts in their harvest limits.

"A lot of people had to fold,” says Jeff Kauffman, a member of the St. Paul fishing fleet whose kids have grown up fishing on his boat.

St. Paul fishermen say their future depends on those out-of-state boats wasting fewer halibut, which can fetch five times the price of the fish species the trawlers are targeting. The trawl industry has said it can’t cut halibut bycatch without dramatic cuts to its overall harvest, and without incurring significant financial losses.