Hawaii & Alaska
The location of the proposed Pebble mine. 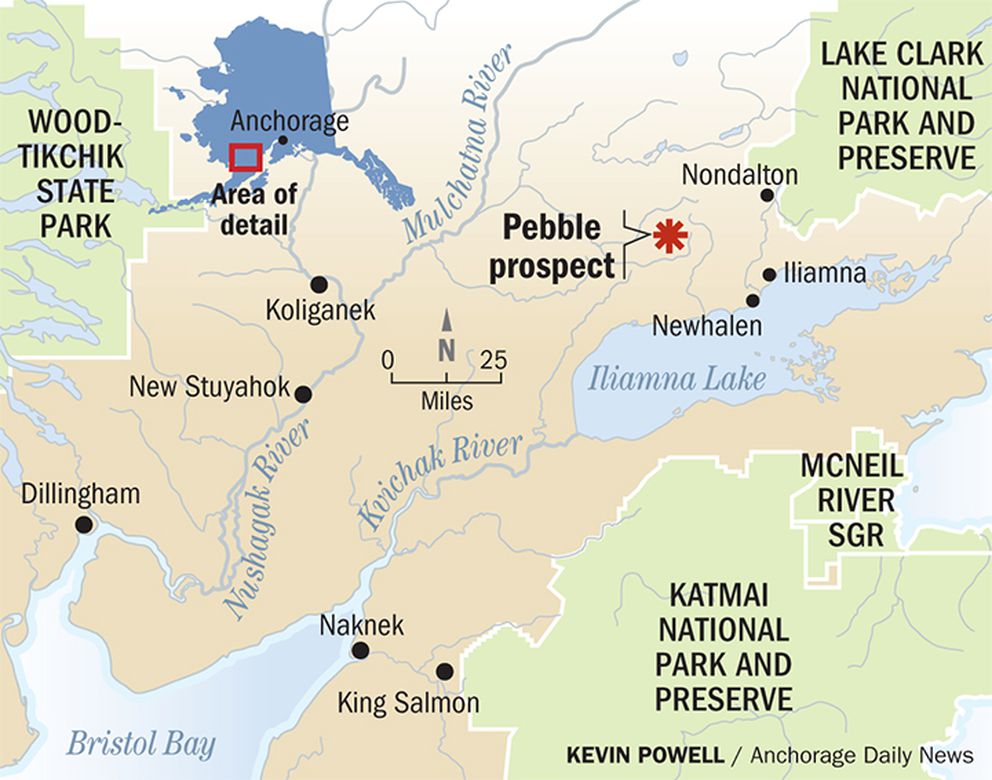 AK - Appeal review for Pebble mine could take over a year, Army Corps of Engineers says

JUNEAU — The U.S. Army Corps of Engineers said Thursday it could take more than a year to weigh an appeal by a developer seeking to build a copper and gold mine in a region that supports the world’s largest sockeye salmon fishery.

The corps’ Pacific Ocean Division in Hawaii is handling the appeal by the Pebble Limited Partnership, which was denied approval of a key permit for the project in Alaska’s Bristol Bay region by the corps’ Alaska District.

A November decision signed by the district commander determined the proposed Pebble mine was “contrary to the public interest.”

The Pebble partnership in January filed an appeal request.

But the corps’ Pacific Ocean Division indicated Thursday that the administrative record in the case had just been received from the Alaska District. The record contains documents surrounding the permit decision that will be considered in deciding on the appeal, the statement from the Pacific division said.

The statement said the “volume and complexity of the information to consider for this particular appeal far surpasses that of an average appeal.” The national average over the past decade for completing a regulatory review is about a year, but in this case, the process is expected to take longer, the statement said.