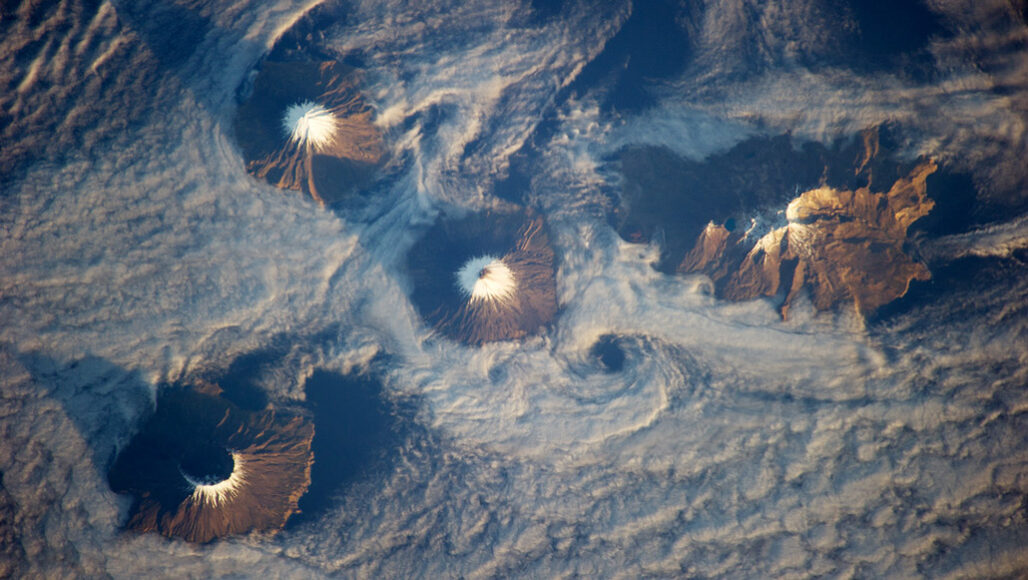 AK - An Enormous Supervolcano May Be Hiding Under Alaskan Islands

A mysterious, previously undiscovered supervolcano may be lurking beneath Alaska’s Aleutian Islands.

A new study suggests a wide crater, created when the supervolcano exploded, connects at least four existing volcanoes. It’s so big that if the supervolcano erupted during the last few thousand years, it could have disrupted civilizations around the world, says John Power, a geophysicist at the U.S. Geological Survey’s Alaska Volcano Observatory. Power presents the findings at the annual meeting of the American Geophysical Union on December 7.

The discovery, not yet confirmed, emerged from several pieces of evidence that at first glance seem unrelated, says Diana Roman, a volcanologist at Carnegie Institution for Science in Washington, D.C.  “There’s no one smoking gun,” she says. And in fact, the mythical-sounding Islands of the Four Mountains, actually six volcanoes located near the center of the island chain, look like an ordinary volcanic cluster.

But taken together, the data point convincingly to the existence of a caldera about 20 kilometers across. The volcanoes’ peaks are arranged in a ring and bathymetric seafloor mapping, mostly from the 1950s, shows arc-shaped ridges and a 130-meter-deep depression in the center of the ring.  Both are clues that the volcanoes are connected by one big caldera, a massive crater that forms when a very large magma chamber in a volcano explodes and empties.