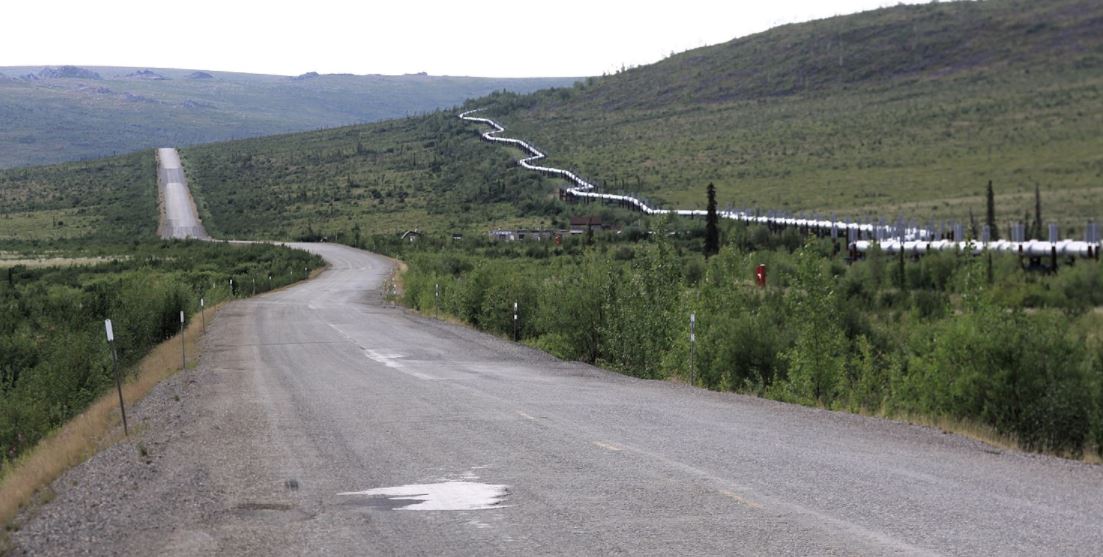 Roads, bridges, pipelines, and other types of infrastructure in Alaska and elsewhere in the Arctic will deteriorate faster than expected due to a failure by planners to account for the structures’ impact on adjacent permafrost, researchers have found.

The findings were presented in a May 31 paper in The Cryosphere, a publication of the European Geosciences Union. In it, 13 experts in their fields, led by Thomas Schneider von Deimling of the Alfred Wegener Institute Helmholtz Centre for Polar and Marine Research in Potsdam, Germany.

The research paper determined that planners must account for the sideward repercussions of their projects in addition to the usual projection of the direct top-down effects when working on infrastructure projects in permafrost.

The researchers focused on a portion of the Dalton Highway on Alaska’s North Slope about 10 miles south of the Prudhoe Bay oil fields. Sensors monitored the temperature at seven locations, three to the west of the highway and four on the east.

Once called the North Slope Road, the 800-mile Dalton Highway begins north of Fairbanks and ends at Deadhorse, an unincorporated community near the Arctic Ocean and the Prudhoe Bay Oil Fields.